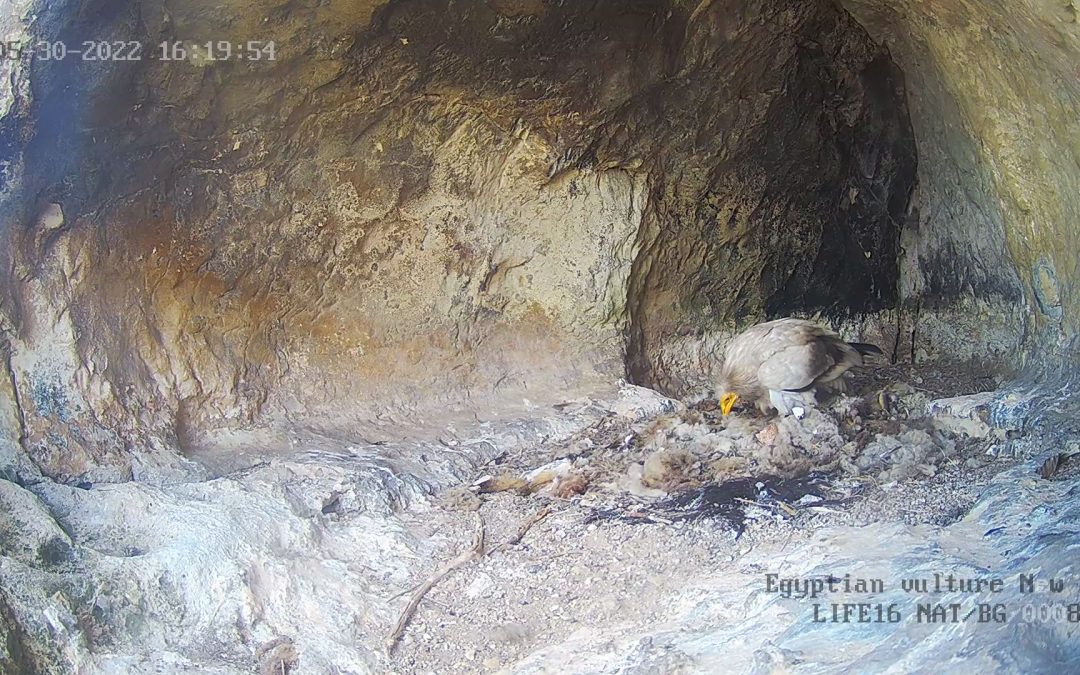 On the International Children’s Day – June 1, the Bulgarian Society for the Protection of Birds (BSPB) invites everyone to peek into a nest with a newly hatched chick of one of the rarest and most threatened birds on the planet – the Egyptian vulture. The site is www.LifeNeophron.eu.

On May 30, the first of the two eggs hatched and the parents immediately began to take care of the baby. The second egg is expected to hatch a week later – on June 7. The Egyptian vulture family is popular not only in Bulgaria. Since 2012, hundreds of thousands of people from more than 140 countries have witnessed the return of the adult birds from Africa in the spring, the hatching of their chicks, their care, and the first flight of the new generation on www.LifeNeophron.eu. Exactly 15 juveniles have so far successfully left the famous nest in a rock monastery located near the town of Provadia and turned the Egyptian vulture into a symbol of the city.

Currently, both birds take turns lying on the newly hatched chicken and the other egg and carrying food. Data from the camera and photo traps installed in the nests of the species in the Eastern Rhodopes show that male Egyptian vultures put more effort into building the nest, while females play a more important role during egg-laying. But both sexes are equally important in feeding and raising the juveniles, successfully taking on the role of the other parent when necessary. 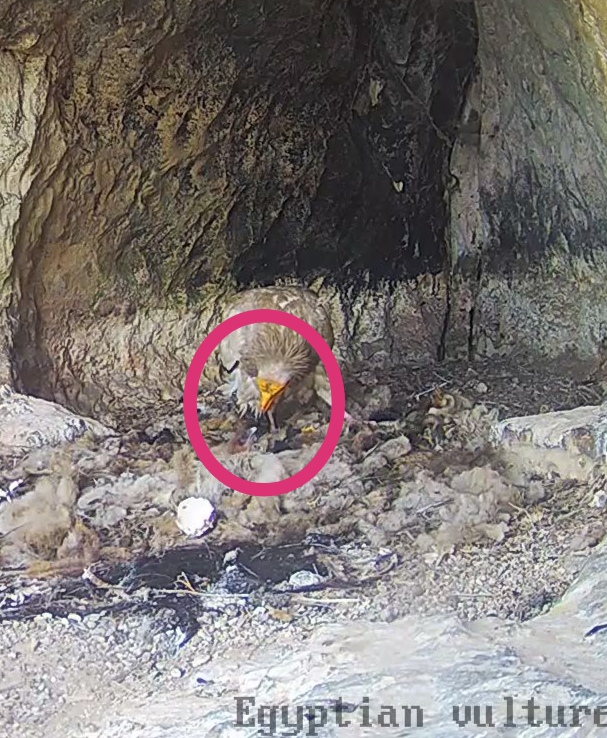 Collaborators of the LIFE project “Egyptian vulture New LIFE” regularly provide them with sufficient quantities of safe food to minimize the risk of poisoning or lack of enough food to feed the babies. Every summer they watch over the young birds in the most vulnerable period for them – that of the first flight.

Technologies such as live and trail cameras allow us to learn more about the globally endangered species and thus identify and implement appropriate measures for its conservation.

The Egyptian vulture is one of the most endangered raptor species on the planet. In Bulgaria, its population numbers only 26 pairs, which breed mainly in the Eastern Rhodopes, and in very small numbers – in Northern Bulgaria.

The camera was installed as part of the Egyptian Vulture New LIFE project, which is funded by the EU’s LIFE programme. The project brings together the efforts of 20 institutions and organizations from 14 countries in the Balkans, the Middle East, and Africa. The Bulgarian Society for the Protection of Birds (BSPB) is the coordinating organization.