A globally endangered Egyptian vulture, which visited 22 countries on three continents, was killed by poachers in Bulgaria 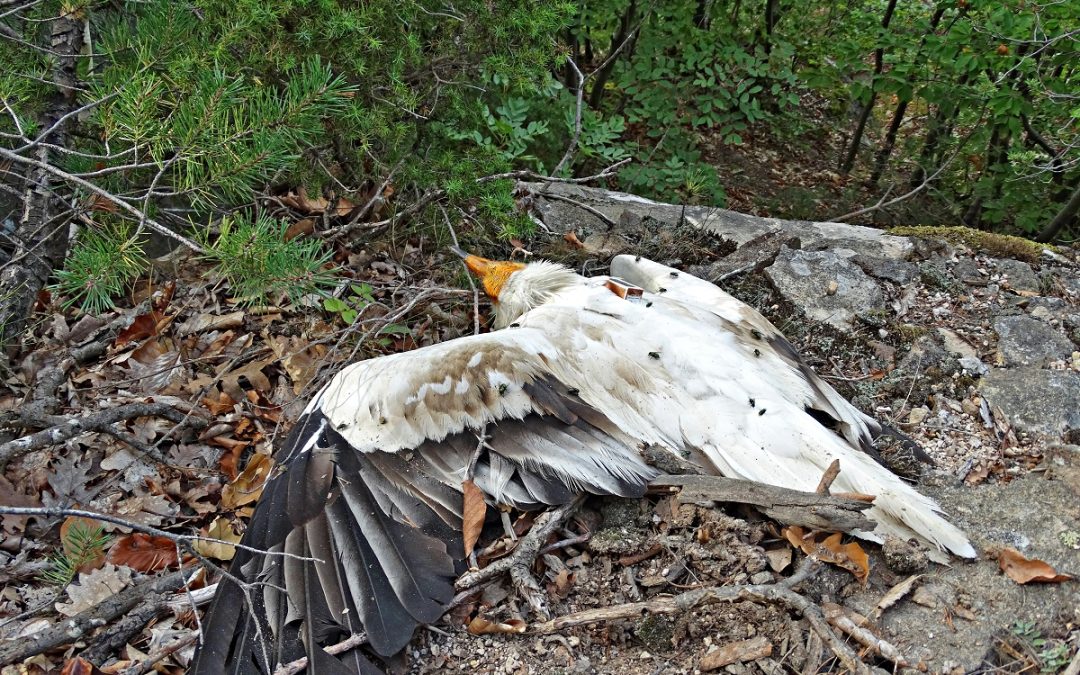 Boyana – the Egyptian vulture, whose story moved thousands of people around the world, was found dead with traces of a gunshot wound in the area of ​​the city of Jebel, Bulgaria. She is the first Egyptian vulture, hatched in a European zoo, released, and formed a pair in Bulgarian nature.

A few days ago, the Bulgarian Society for the Protection of Birds (BSPB) received a signal from the GPS transmitter of the tagged bird. The BSPB team with the specially trained dog Bars immediately visited the place and found the body of the vulture. Information was submitted to all responsible institutions. An inter-institutional team was formed with the participation of representatives of the police, prosecutor’s office, and state forestry, and an investigation was launched into the case to clarify the circumstances surrounding the death of the rare bird and establish the perpetrator of this cruel crime against the Bulgarian nature. Pre-trial proceedings have been instituted and the investigation is ongoing. The vulture’s body is currently at the Green Balkans Wildlife Rescue Center for veterinary examination. 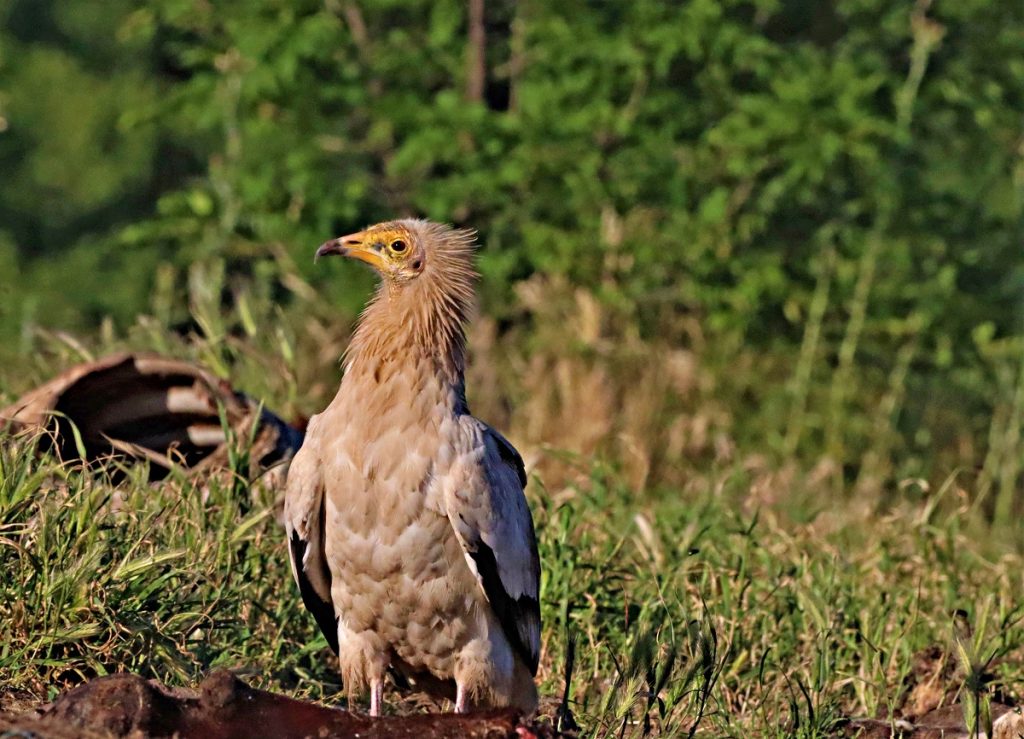 The Egyptian vulture is a globally endangered species and the fastest declining bird of prey in Europe. The species is protected and its prosecution falls under the provisions of the Penal Code, which stipulates imprisonment for up to 5 years and a fine of BGN 5,000 to BGN 20,000. We remind you that in the last two years this is the second case of vulture poaching in the Kardzhali region after a Cinereous vulture was shot and later died of its wounds.

For the last 30 years, the population of the Egyptian vulture in the Balkans has decreased by 80%, and today only 26 pairs of this emblematic species are nesting in our country. More than 20 organizations from 14 countries along its migration route (Europe, Asia, and Africa) have joined efforts to protect it, as the risk of the majestic silhouette of this ancient bird disappearing from our latitudes is very real. Therefore, the loss of even one individual has a huge impact on the population.

The death of Boyana is a huge loss for the nature of Bulgaria and a heavy blow for the hundreds of people who work hard to protect this globally endangered species not only in the country, but also along its entire migration path to Africa.

Boyana was hatched and raised in Prague Zoo, Czech Republic, in 2017, and a year later was donated to Bulgaria to become part of the program to strengthen the population of the species in the Balkan Peninsula. In 2018, Boyana was released into the wild nature of the Eastern Rhodopes and successfully adapted. In the next three years, she visited more than 20 countries in Europe, the Middle East, and Africa, faced numerous dangers, in order to return to Bulgaria again this year. 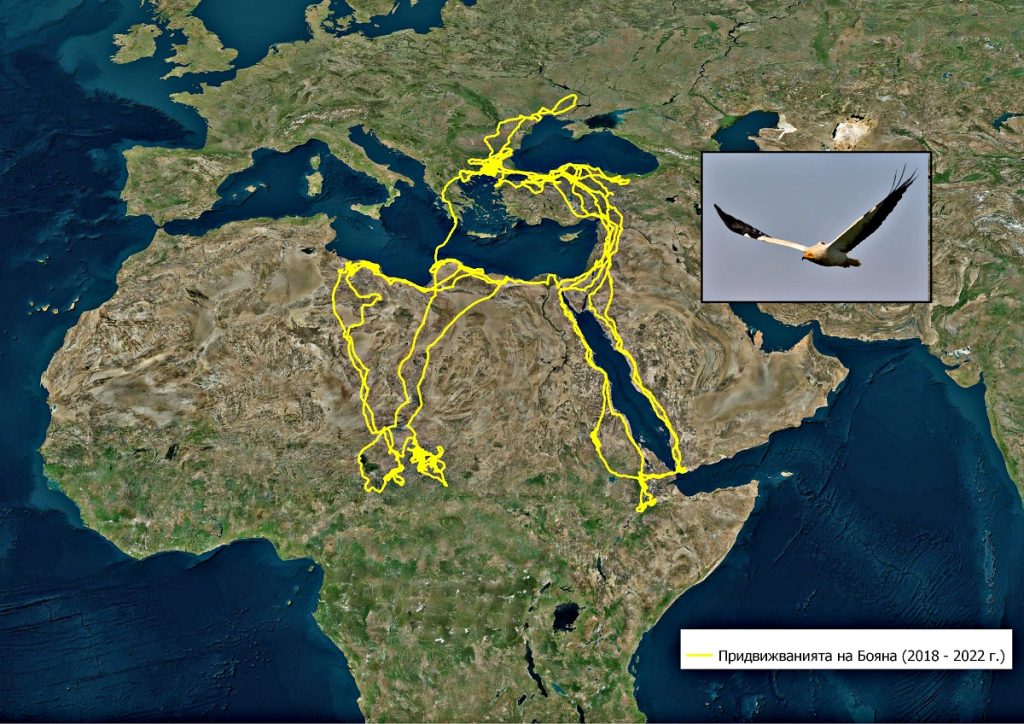 Here, in the Eastern Rhodopes, she found her partner and occupied a breeding territory near the town of Jebel. This is the first case in Bulgaria and only the second in Europe, where an Egyptian vulture, hatched in a zoo or breeding center, forms a pair in the wild. 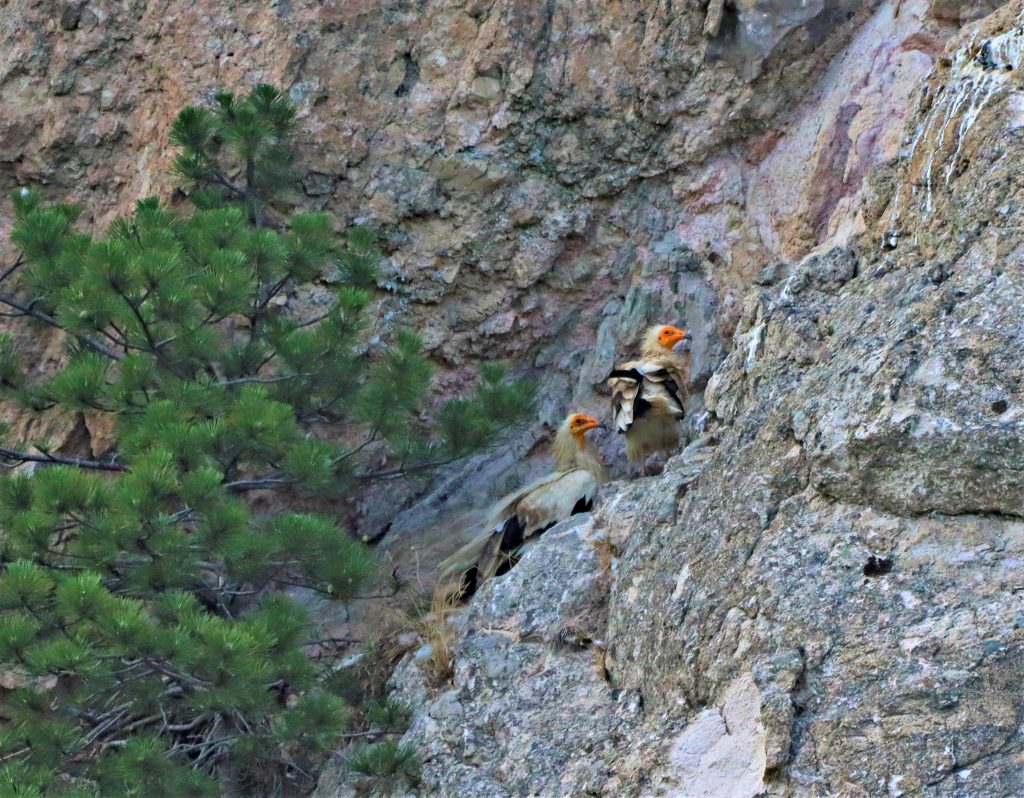 Establishing this case was possible thanks to the use of modern tracking devices. In recent years, the use of GPS transmitters to mark rare and endangered bird species has helped to identify a number of incidents and dangerous practices in Bulgaria, including the illegal use of poisons and poaching. However, many other violations remain unreported. 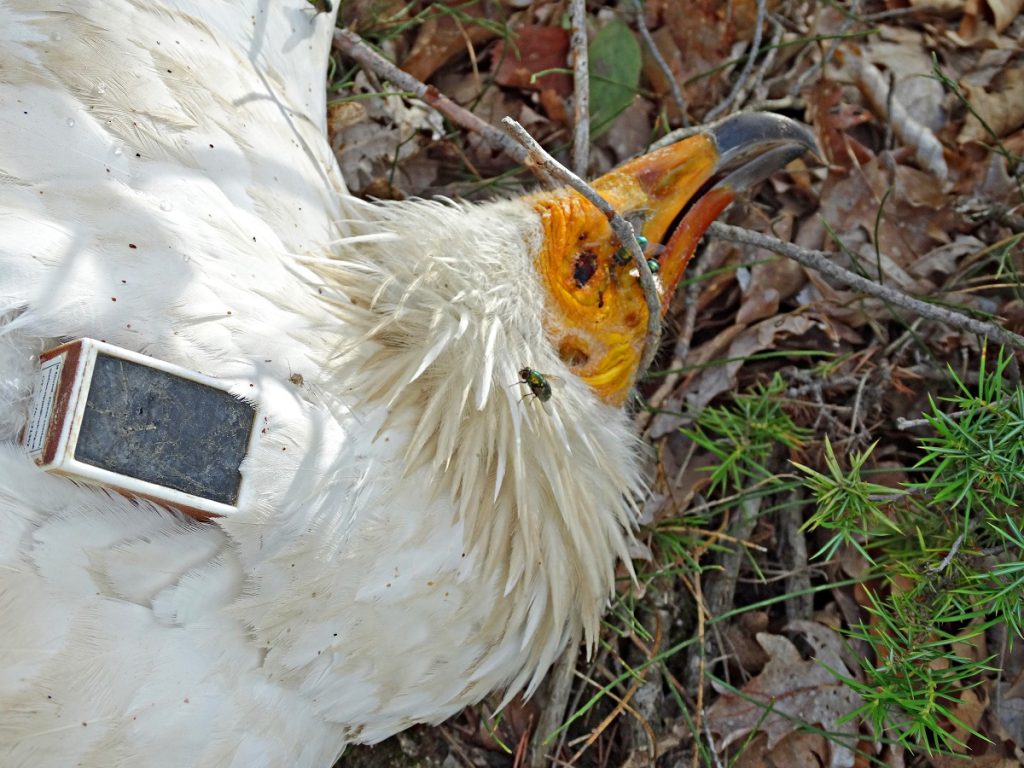 BSPB actively supports the building of institutional capacity to fight and prevent encroachments on protected species. A few months ago, a process was launched to create a specialized unit at the Ministry of the Interior for the investigation of crimes against nature.

BSPB expresses gratitude for the quick reaction of the institutions in the case!

The Society is working to save the Egyptian Vulture from extinction through the large-scale project “Egyptian Vulture New LIFE” (LIFE16 NAT/BG/874), which brings together the efforts of more than 20 organizations in 14 countries in Europe, the Middle East, and Africa. 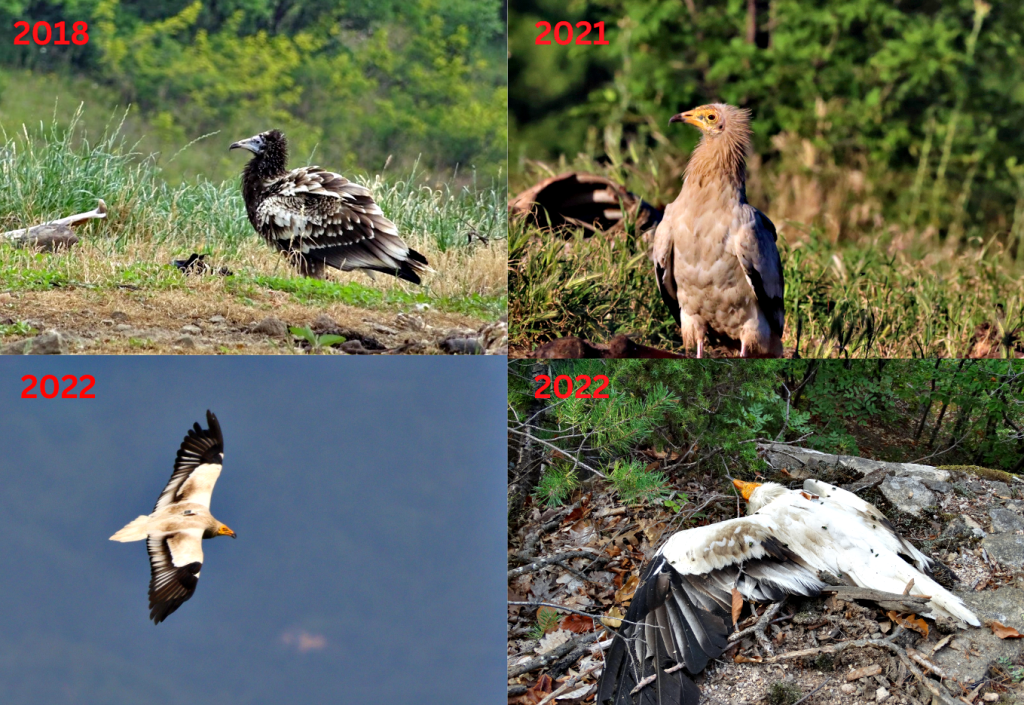