A record number of Dalmatian pelicans nest in the Peschina swamp 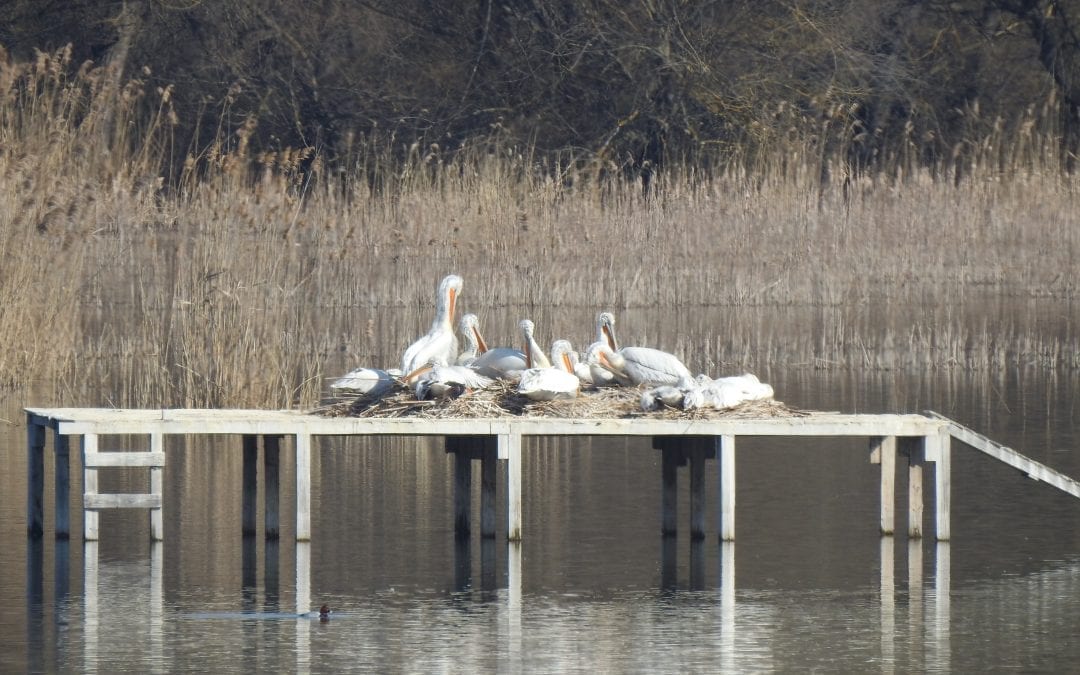 A record number of Dalmatian pelicans nest on the two wooden platforms in the Peschina swamp on the Persin Island. This was established during the regular monitoring by the experts from the Bulgarian Society for the Protection of Birds (BSPB) and the Persina Nature Park Directorate. On March 12, the number of nesting pairs of Dalmatian pelicans in the Peschina swamp was 64, which is an absolute record compared to previous years.

In 2016, a new breeding colony of the species was formed in Bulgaria for the first time. Then 7 pairs had successfully occupied one of the wooden platforms in the Peschina swamp. In 2017 there were 4 pairs, in 2018 – 9, in 2019 – 24, and in 2020 – 22. We remind you that last year 8 pairs of Dalmatian pelicans successfully raised their young on another wooden platform, located in the Dead Marsh, which is also part of the Maintained Reserve “Persian Swamps”.

Now, the Dalmatian pelicans are incubating, and in the first half of April, we expect the first hatchlings. 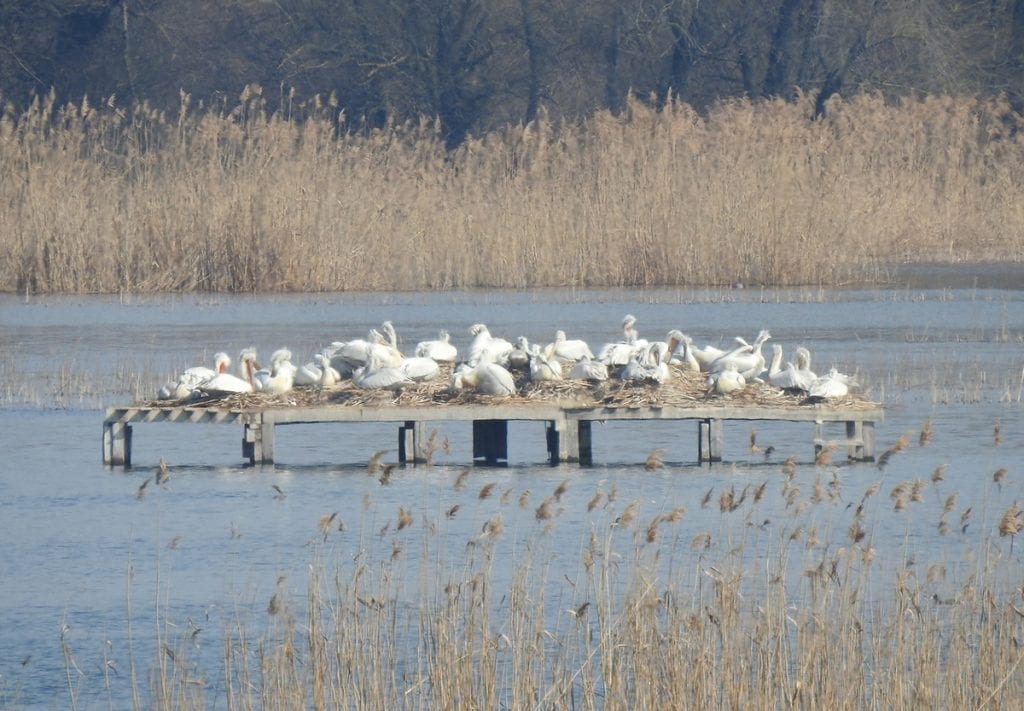 In order to monitor the pelicans on Persin Island, the experts also filmed the platforms with the help of a drone. This is an innovative method used in monitoring nesting colonies of the species mainly in Greece (Prespa Lake) and in the Danube Delta region of Romania, where experts do not have direct visibility to all nesting pairs. Thanks to the drone shots, the team was able to gather detailed and accurate information about the number of nesting Dalmatian pelicans in the Peschina swamp. In the coming days, the Dead Marsh will also be monitored.

When filming with a drone, it is very important that the birds are not disturbed. Therefore, it is performed only by experts in the species – at a minimum height of 40 meters and for a very short period of a few seconds. 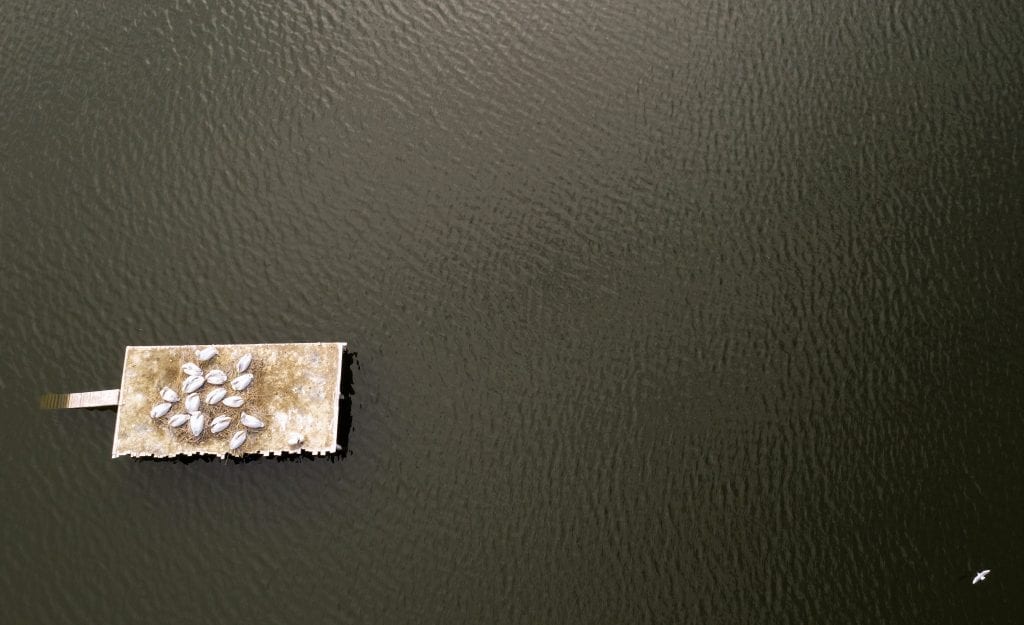 The conservation activities of the Dalmatian Pelican are carried out in the framework of the “Pelican Way of LIFE” project (LIFE18/NAT/NL/000716), funded by the LIFE Programme of the European Union and with the assistance of the Whitley Fund for Nature.