An online camera reveals the secret life of the Scops Owl 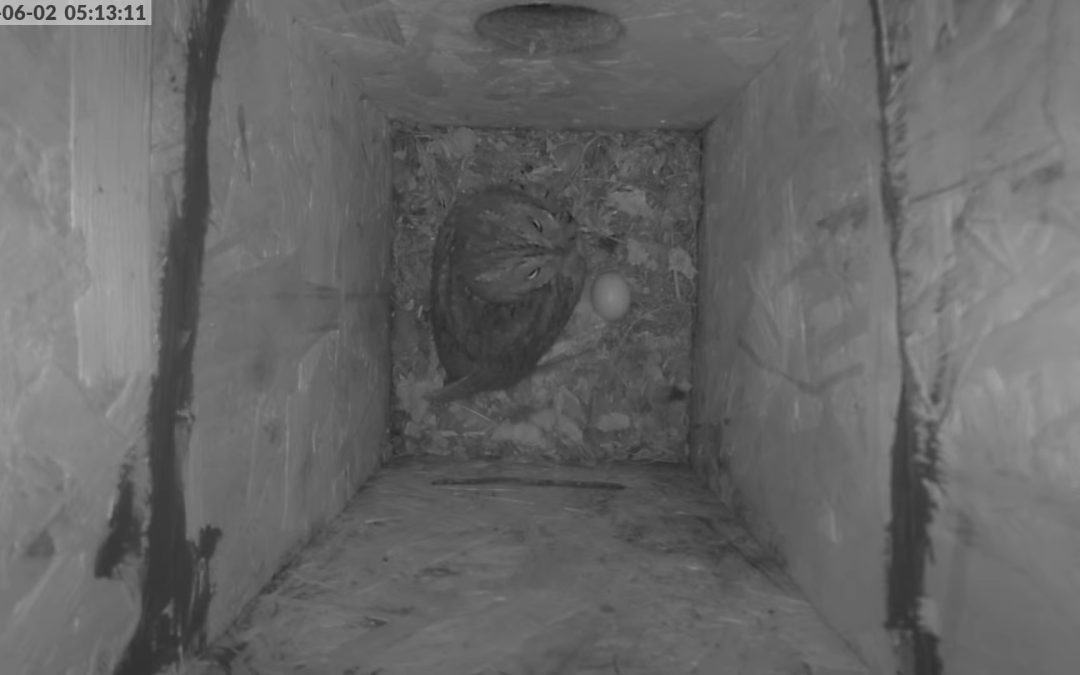 For the second year in a row оnline live surveillance camera installed in a nest of Scops Owl connect us to the life of these secret birds. The two cameras are the only of their kind in the world and transmit from the entrance of the nest and inside it.

Only a few days ago, the pairs, nesting near the Nature Conservation Centre “Poda”, laid their first egg. This happens with a serious delay, instead of in April when the species starts breeding. The female is currently hatching the egg.

The Scops Owl forms permanent pairs. Partners like to squeeze into each other and dig the other’s plumage with their beaks.

The Scops Owl chooses indoor nests – hollows, old nests of crows, holes in walls, and steep banks, and willingly takes artificial nests. The nest can be used for several years in a row. The species feeds on insects, which occupy the largest share of its menu, but also on small mammals, lizards, and small birds.

The National Museum of Natural History – BAS, the Bulgarian Society for the Protection of Birds (BSPB), and the Global Owl Project (GLOW) will collect new scientific data on the migration routes of Scops Owl that will be compared and analyzed against the results of Europe. Thanks to online surveillance, will be collected information on the behavior of the species, which is necessary when planning measures for its protection.

The purchase of the technical means for monitoring and documentation became possible thanks to the Donation program for the preservation of the natural and cultural heritage of Ford Moto-Pfohe.