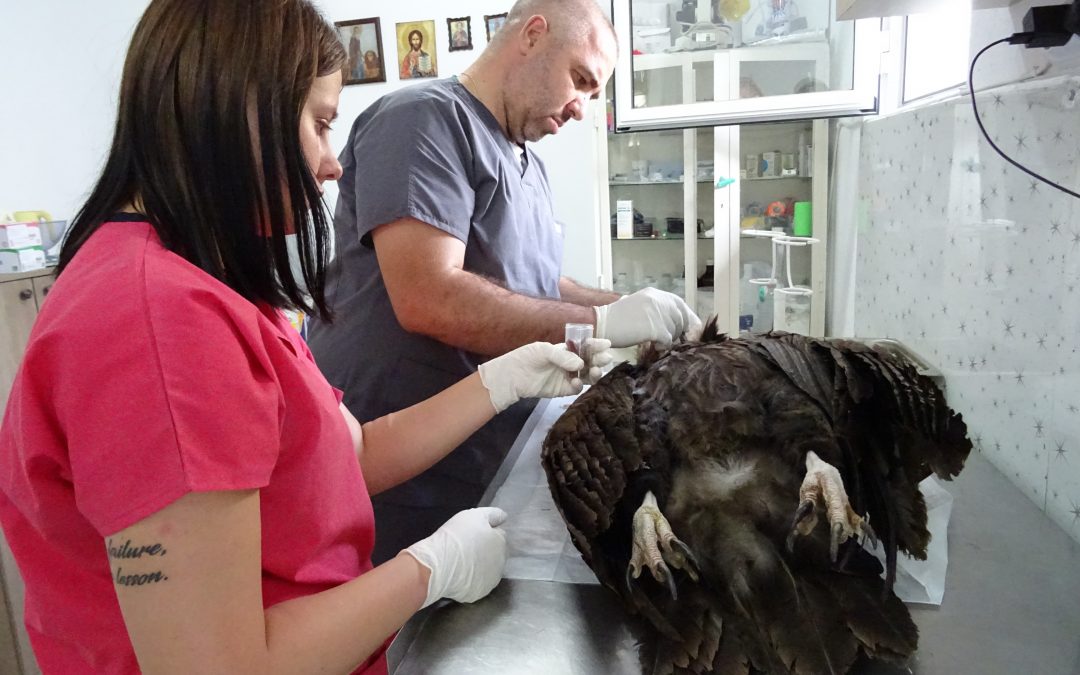 On Friday (September 17th), the Bulgarian Society for the Protection of Birds (BSPB) received a report of a poisoned Cinereous vulture in the area of Krumovgrad. The bird was found in a serious condition by a local man, who immediately transported it to a veterinary clinic in the town. Unfortunately, the vulture died shortly afterward.  A BSPB team went without delay to the place and found out that the victim was a young Cinereous vulture. The species is extremely rare for Bulgaria and a number of organizations have been making efforts to restore it as a breeding species in our country. There was food in the bird’s crop and the flies that land on its beak die immediately – a clear sign that the vulture was poisoned. 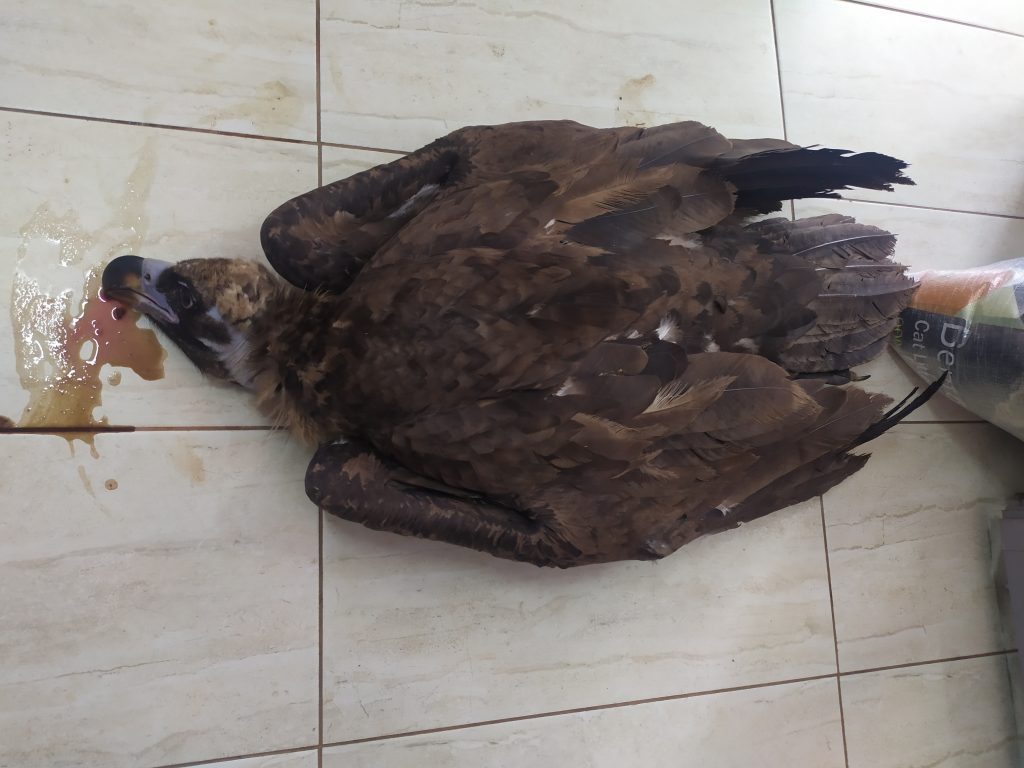 RIEW – Haskovo sent a report to the police, which started an investigation into the case. Veterinary medical expertise was requested, an autopsy was performed and samples were taken for laboratory analysis and identification of the type of poison. The body of the poisoned vulture is stored in the Wildlife Rescue Center of Green Balkans in Stara Zagora for the needs of additional research. The BSPB Wildlife Poison Dog Team thoroughly searched the area but did not find any other victims or remnants of the poison bait. The police continue their investigation in the area. If the poisonous bait is still in the wild, it will continue to be a deadly threat to other rare species of birds, game, domestic animals, biodiversity in general and local people. How far the damage caused by this illegal act extends and whether there are or would be more victims is not clear yet.

BSPB expresses great gratitude to the man who discovered the bird and to the veterinarian, who immediately responded! The organization appeals to anyone who comes across a dead or ill bird or other animal and suspects poisoning in the area of ​​Krumovgrad to immediately report to RIEW-Haskovo and the police.

Only a month ago, the National Action Plan for Combating Illicit Use of Poisons in the Wild (2021-2030), developed by BSPB, was approved. The plan has an approved protocol for action in investigating cases of poisoning and has been brought to the attention of the Ministry of Interior for implementation. The plan is an extremely important tool for combating one of the biggest threats to biodiversity not only in our country but also in the world – poisons. The use of poisonous baits in nature is prohibited by international, European, and national law.

The Cinereous vulture is a species protected by the Biological Diversity Act and any violation of it is completely prohibited. The species nests in the Greek part of the Eastern Rhodopes. Individuals of the species visit the Bulgarian part of the mountain daily in search of food. The largest colony of the species on the Balkan Peninsula, numbering only 30 pairs, nests in the Dadia National Park in Greece. As a result of many years of efforts to restore the species in our country this year the second colony of three pairs was formed in the Eastern Stara Planina. The successful conservation of the Cinereous vulture in this area is of international importance.