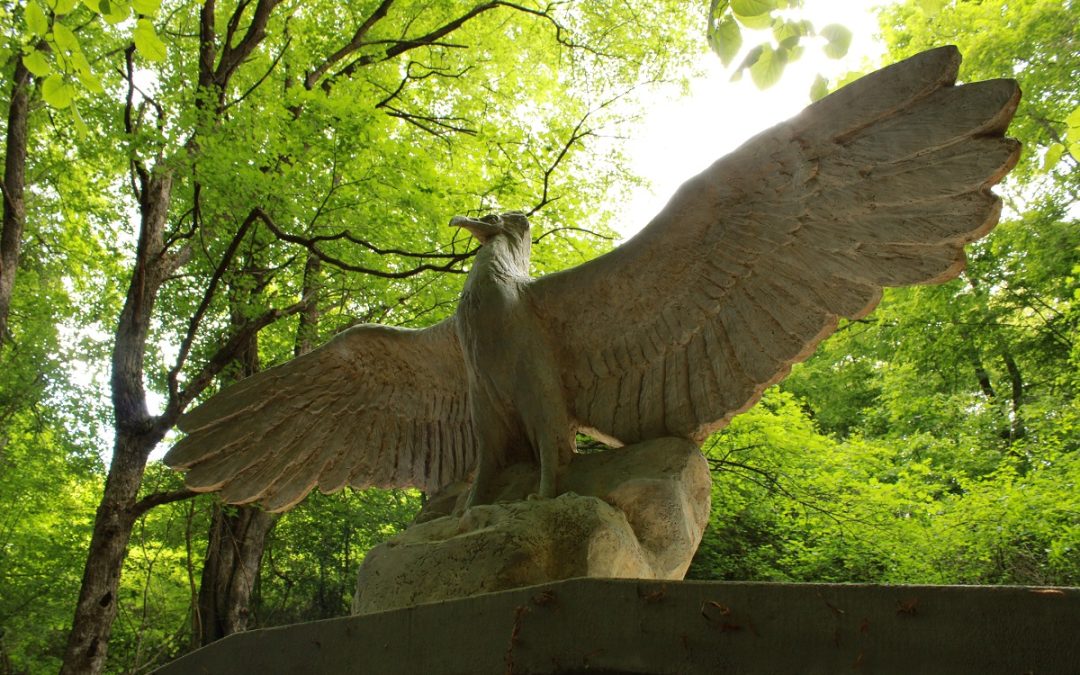 On May 14, the international community celebrates World Migratory Bird Day. On the occasion of the day, the Bulgarian Society for the Protection of Birds (BSPB) focused on one of the most vulnerable migratory birds on the planet with a drastic decline in population in recent decades – the Egyptian vulture.

Last week (May 12 the Regional History Museum – Ruse organized educational games and a workshop with students. Each child received a booklet “Migration – the great journey of migratory birds”, learning interesting facts about many of our distant migrants. The students were able to find each of the birds in the museum and made a mask of an Egyptian vulture and a magnet of a migratory bird. 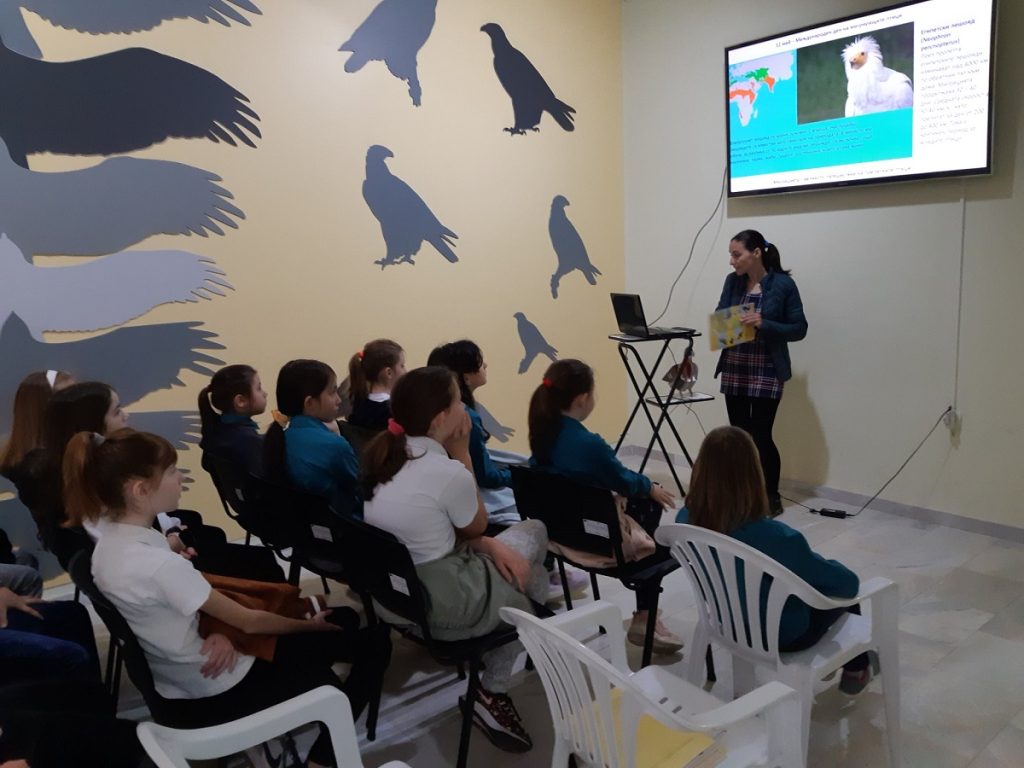 The valley of the Rusenski Lom River is the northernmost point of distribution of the species on the Balkan Peninsula. His migration path and the threats he faces were the focus of the event.

Another initiative near the town of Provadia was dedicated to the iconic bird and the World Migratory Bi0rd Day – the breeding site of the world’s most famous Egyptian vulture family, whose life we ​​have been watching live for more than 10 years, via an online webcam on the website www.LifeNeophron.eu. On May 11, a BSPB team, along with local collaborators, completed the final phase of a fountain reconstruction and the construction of a pavilion in the Lagera area near Staroselets, Provadia municipality – one of the most visited recreational sites in the region. 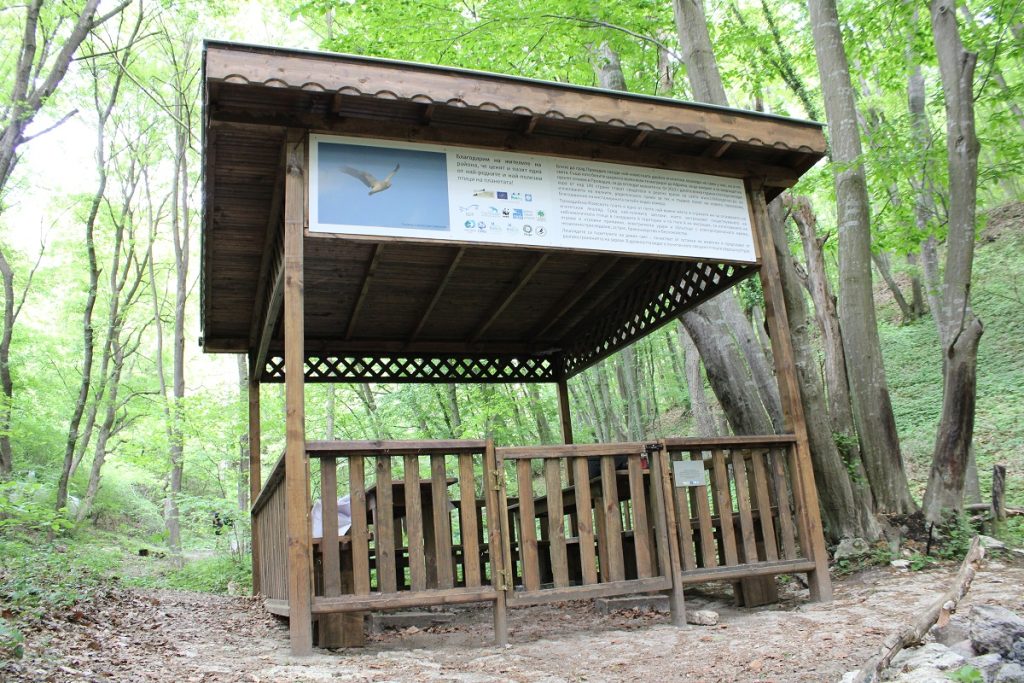 A sculpture of an Egyptian vulture with outstretched wings was mounted on the fountain, a symbol of a guardian who watches over nature and the people in the area. This monument was sculpted with a lot of love and inspiration by the Bulgarian famous sculptor and artist – Daniel Kanchev. 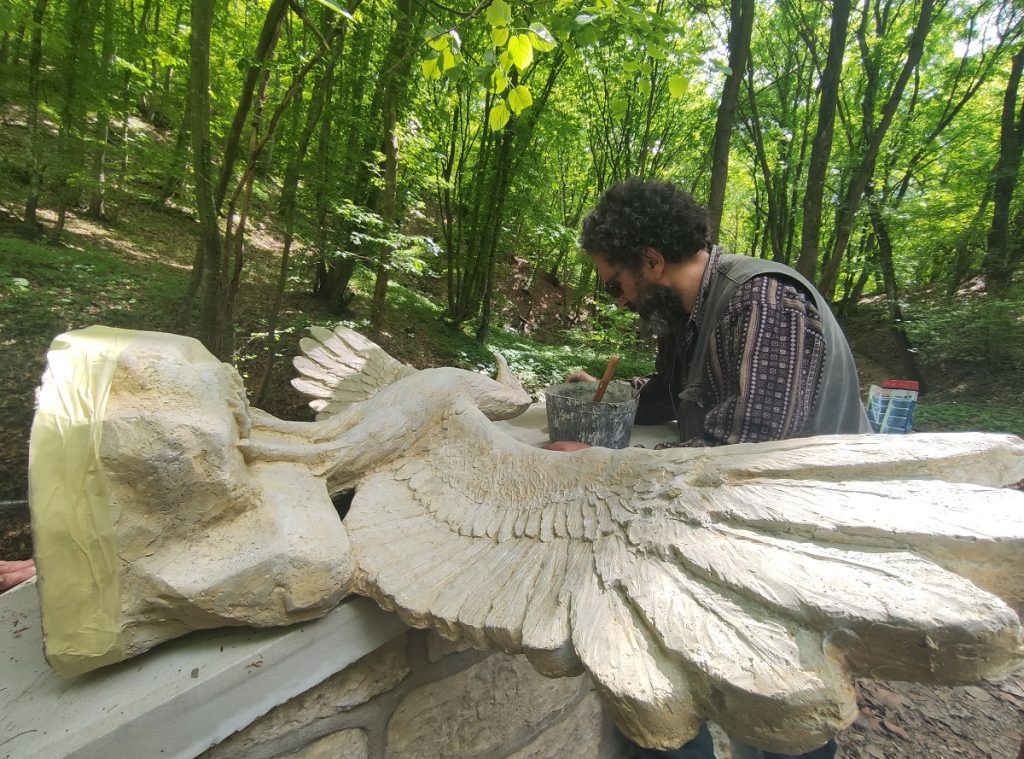 Vultures actually play this role – they protect the living world from the spread of diseases by cleaning up the remains of dead animals. Signs and information boards have also been installed, and in the pavilion – a flying Egyptian vulture made of wood in real size. The aim of the activity is to acquaint the local people with the biodiversity in the area, in particular – with the Egyptian vulture, and to stimulate environmentally friendly tourism. 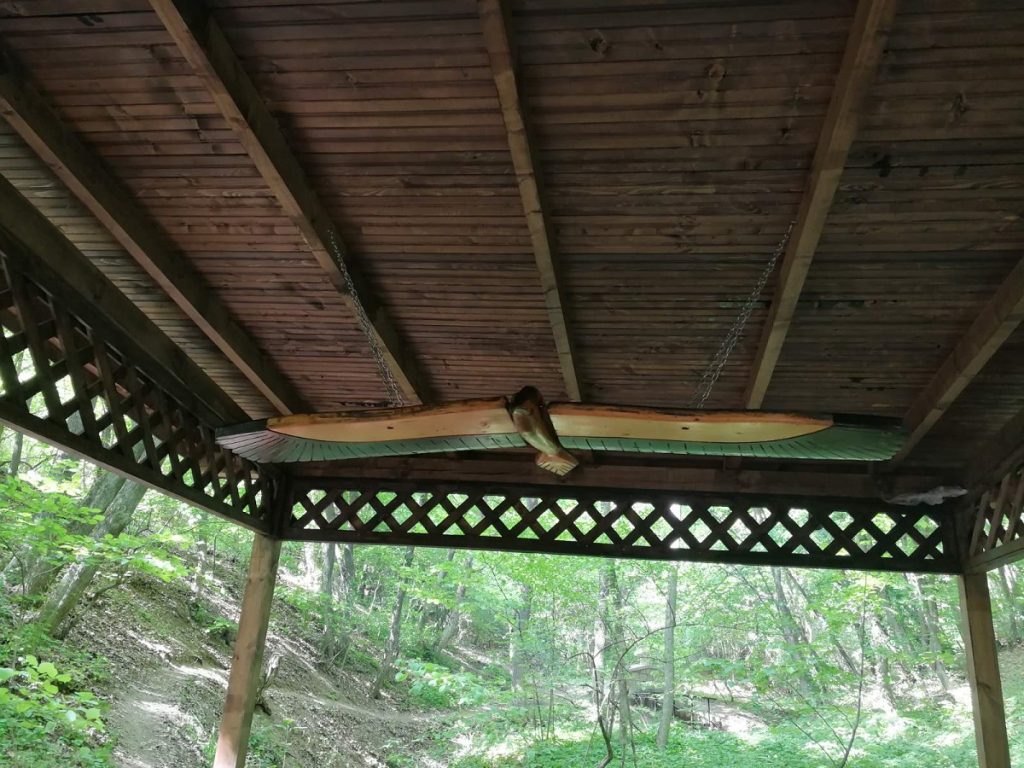 Information boards were also placed in the area, as well as a refreshed and marked tourist trail, in order to prevent disturbance over pairs of Egyptian vultures and other rock-nesting birds. The aim is to achieve a higher level of awareness of tourists wishing to visit various sites in the protected area “Provadia-Royak plateau” and redirect them to the use of existing and marked hiking trails. This avoids unwanted disturbance over a number of bird species that have chosen rock wreaths in the area as their home. 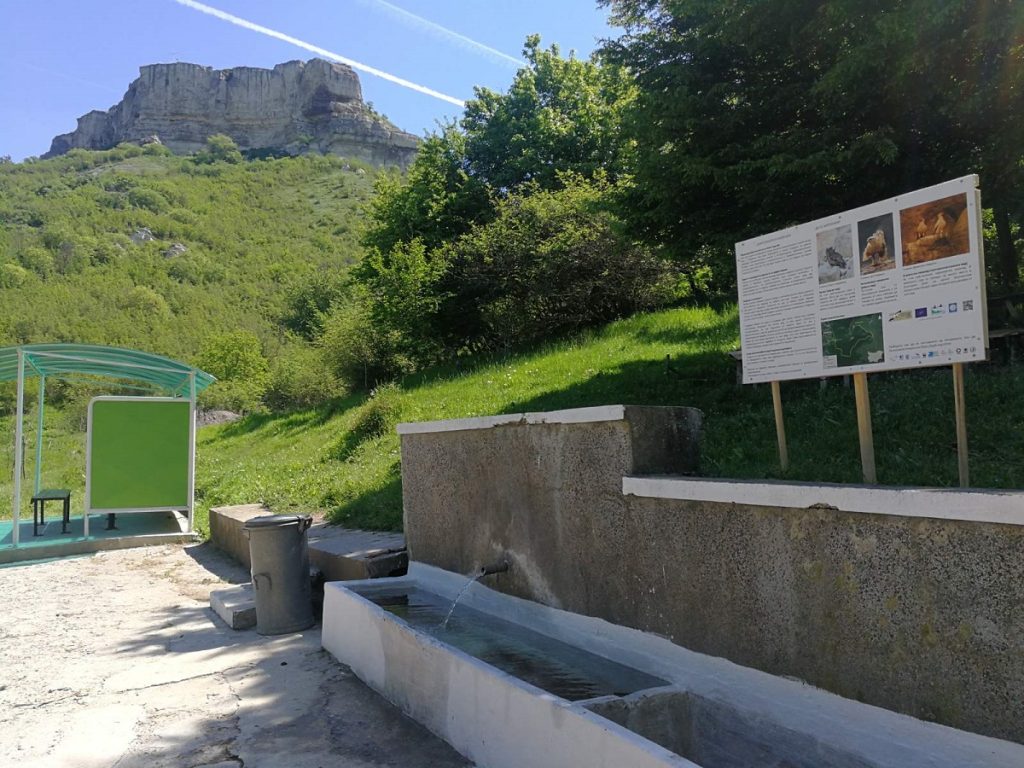 The two events took place as part of the world’s largest international species conservation project, in which BSPB is the coordinating organization, uniting the efforts of 20 institutions and organizations from 14 countries in the Balkans, Middle East and Africa – “Egyptian Vulture New LIFE”. 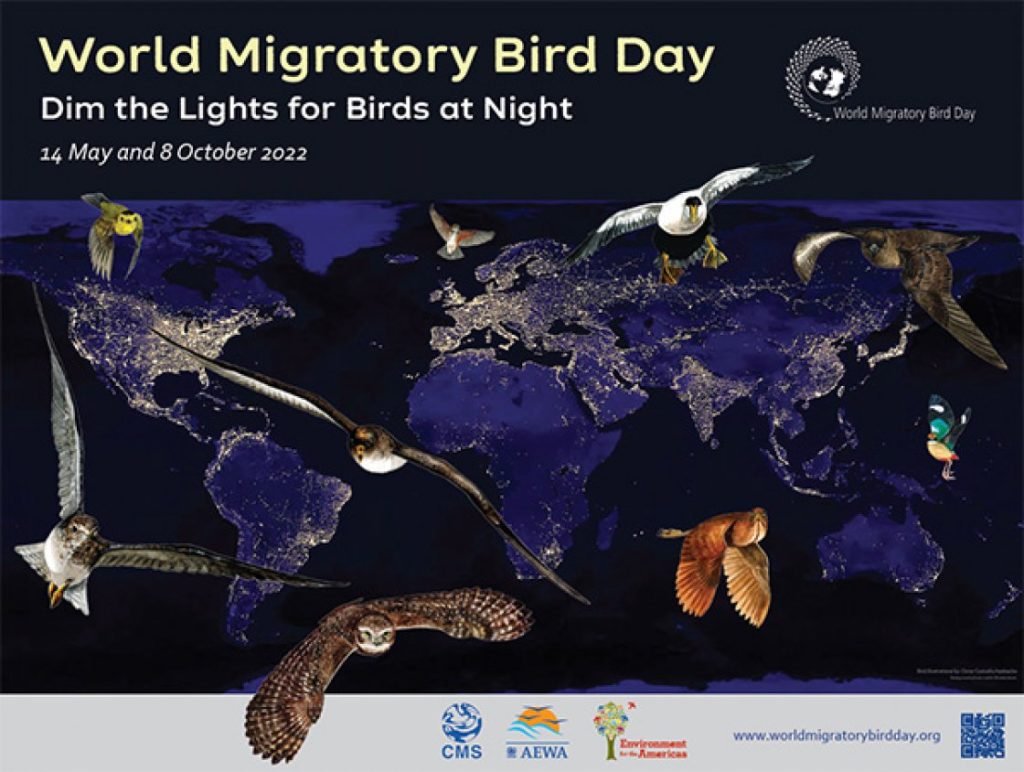 Light pollution and its impact on migratory birds is the focus of World Migratory Bird Day 2022, a global campaign that aims to raise awareness of migratory birds and the need for international cooperation to conserve them. Activities to mark the day will be held globally under the theme “Dim the Lights for Birds at Night”. Light pollution is increasing around the globe. More than 80 per cent of the world’s population is currently estimated to live under a “lit sky”, a figure closer to 99 per cent in Europe and North America. The amount of artificial light on the Earth’s surface is increasing by at least 2 per cent each year and could be much greater.

Light pollution is a significant and growing threat to wildlife including many species of migratory birds. Every year, light pollution contributes to the death of millions of birds. It alters the natural patterns of light and dark in ecosystems. It can change birds’ migration patterns, foraging behaviours, and vocal communication. Attracted by artificial light at night, particularly when there is low cloud, fog, rain or when flying at lower altitudes, migrating birds become disorientated and may end up circling in illuminated areas. Depleted energy reserves put them at risk of exhaustion, predation, and fatal collision with buildings.