For five months we watched live the secret life of birds 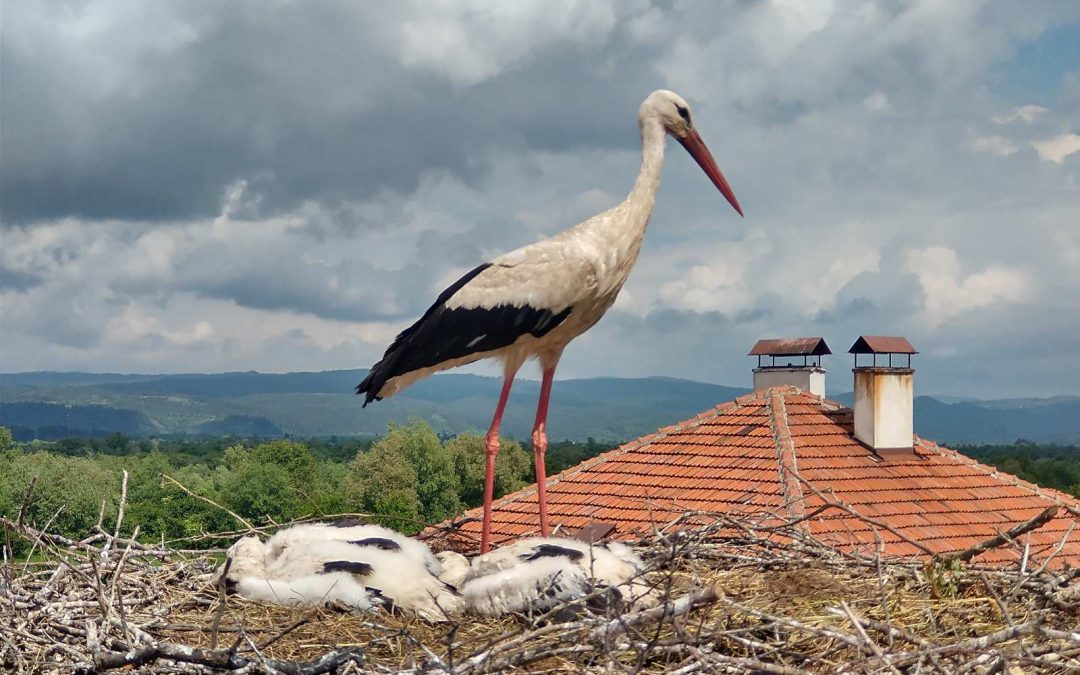 In April our team installed cameras for online video surveillance to two stork nests in the villages of Yarlovo and Dragushinovo. Since then a lot of interesting, and some worrying events took place and captured the attention of hundreds of thousands of people from Bulgaria and abroad.

The dangers and problems that befell the storks before our eyes clearly demonstrated the threats these birds face, most of which man-made. The cameras fulfilled one of their most important goals – to make these issues public and to make people empathetic.

In April, the male bird from the nest in Yarlovo (Rostislav) died. The probable cause of his death is poisoning. His partner (Snezhi) had already laid eggs, which had to be taken and hatched at the Green Balkans Rescue Center in Stara Zagora. In June, the young birds were successfully placed in foster families – in other stork nests in the village of Dragushinovo. In May, Snezhi found a new partner (Vihren), but the two failed to raise a generation this year. In mid-June, the new male bird was in danger: a cord was tangled around his leg. For several weeks we closely monitored the condition of the bird, which continued to fly confidently and to feed. We believe that he is already in good health and will be able to endure the long migration path. We hope to see the pair again in the spring! 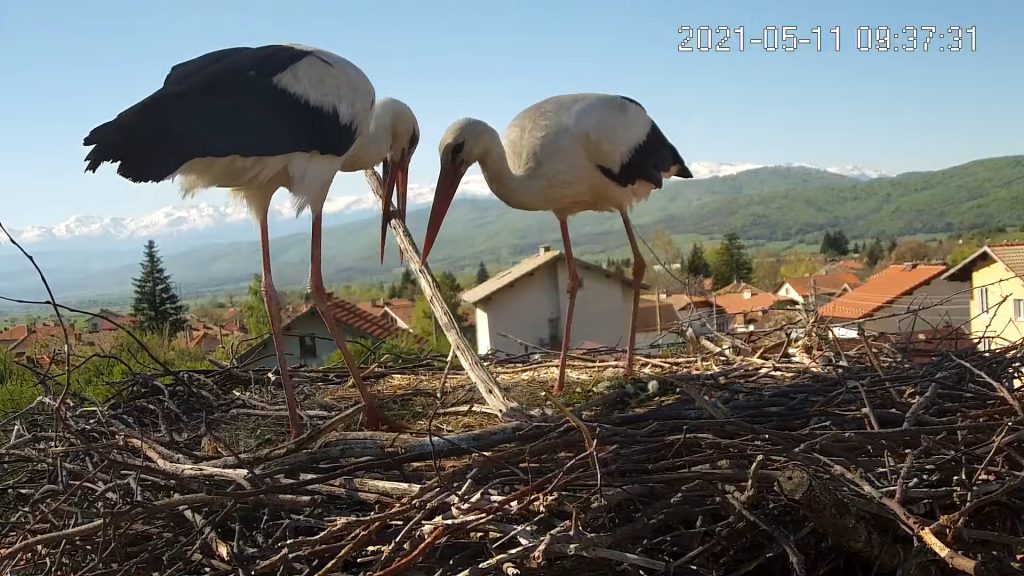 The stork family from the village of Dragushinovo managed to successfully raise a generation again this year. Although the smallest stork died, we were able to watch the other three ones grow and make their first flight.

Both nests are empty now, so we stop the online video surveillance and wish both families a successful and safe flight to Africa!

In June we started broadcasting from the nest of Eurasian scops owl. Four small fluffy balls grew and left the nest one by one. The nest is located near our Nature conservation center “Poda”. The two cameras aimed at not only connecting us to the secret life of this bird species but also collecting new scientific data on its behavior which is necessary for planning activities for its conservation. The nest is already empty and the broadcasting from it will also be stopped. 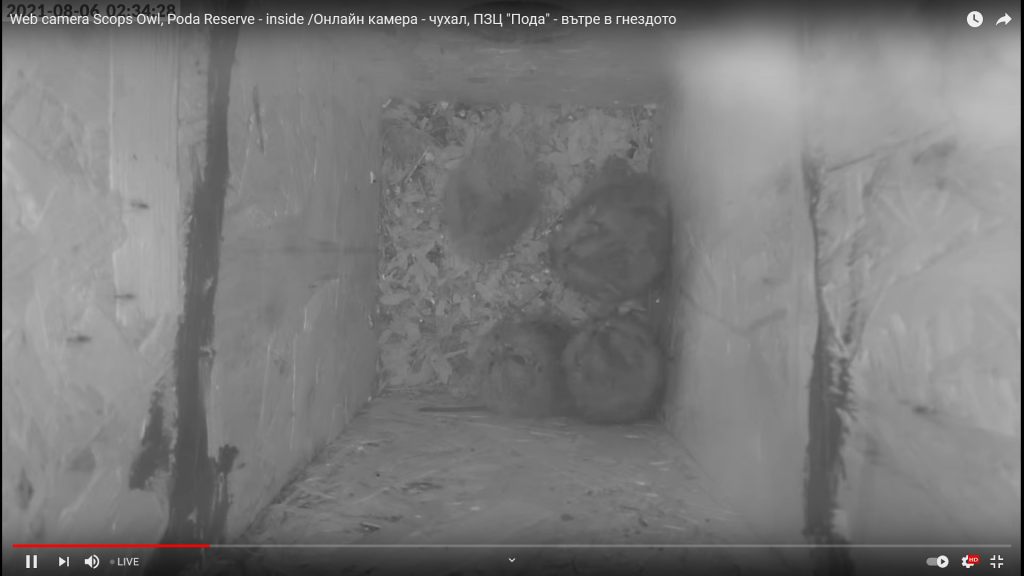 The cameras accumulated over one million and two hundred views in the YouTube channel of BSPB, and there were days with over 22,000 individual visitors! Thank you for your interest and empathy for the life of birds! Stay tuned for information about the cameras and the nests in which they will be placed in the spring. We apologize for the technical problems and frequent interruptions of the cameras and thank you for your patience!

The only camera that still remains active and broadcasts live is that in a wild nest of a family of Egyptian vultures in Provadia. The young of this globally endangered species have not left the nest yet and is still cared for by its parents. Watch it live on the website of the LIFE project “Egyptian Vulture New LIFE”: www.LifeNeophron.eu 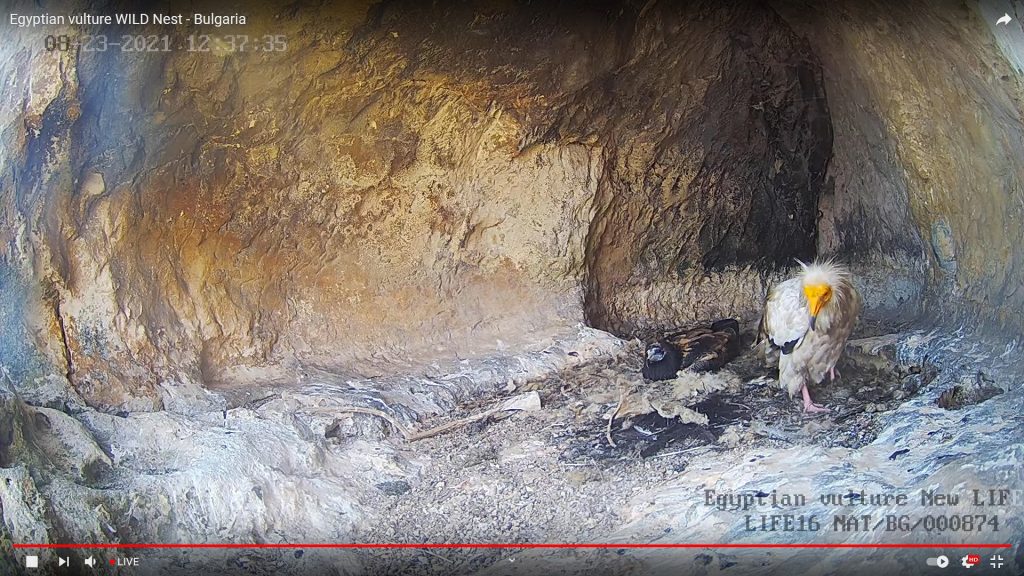 The installation of the two cameras in the storks’ nests is part of the measures for the protection of the white stork within  LIFE BIRDS ON POWER LINES project, implemented by CEZ Distribution Bulgaria AD in partnership with the Bulgarian Society for the Protection of Birds.

The online monitoring of the nest of Eurasian scops owl is carried out in cooperation with the National Museum of Natural History – BAS and Global Owl Project (GLOW). The purchase of technical means for monitoring and documentation became possible thanks to the donation program for the protection of the natural and cultural heritage of Ford Moto-Pfohe.