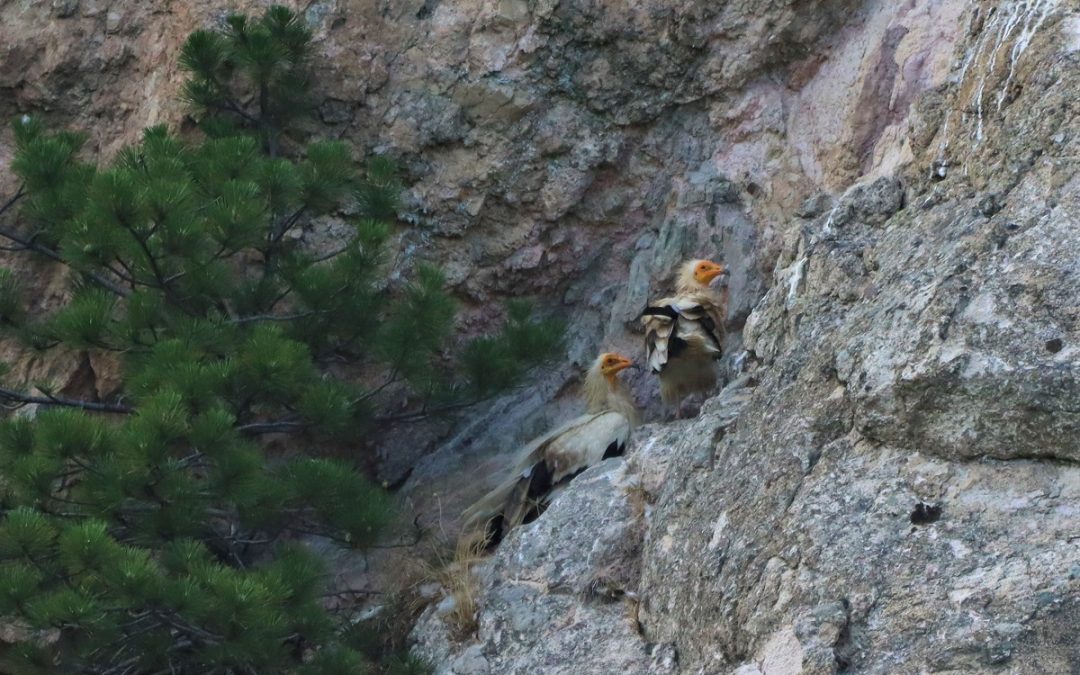 The famous vulture named Boyana and her partner occupied a breeding territory in the Eastern Rhodopes, Bulgaria. It is the first time this territory is occupied by the species for over 20 years. The male is a wild untagged individual in adult plumage. The BSPB team observed Boyana and her mate with courtship behavior and confirmed that they are a pair and occupied a cliff suitable for nesting! However, the breeding season is towards its end now so they will not have time to build a nest and breed but this will happen next year. 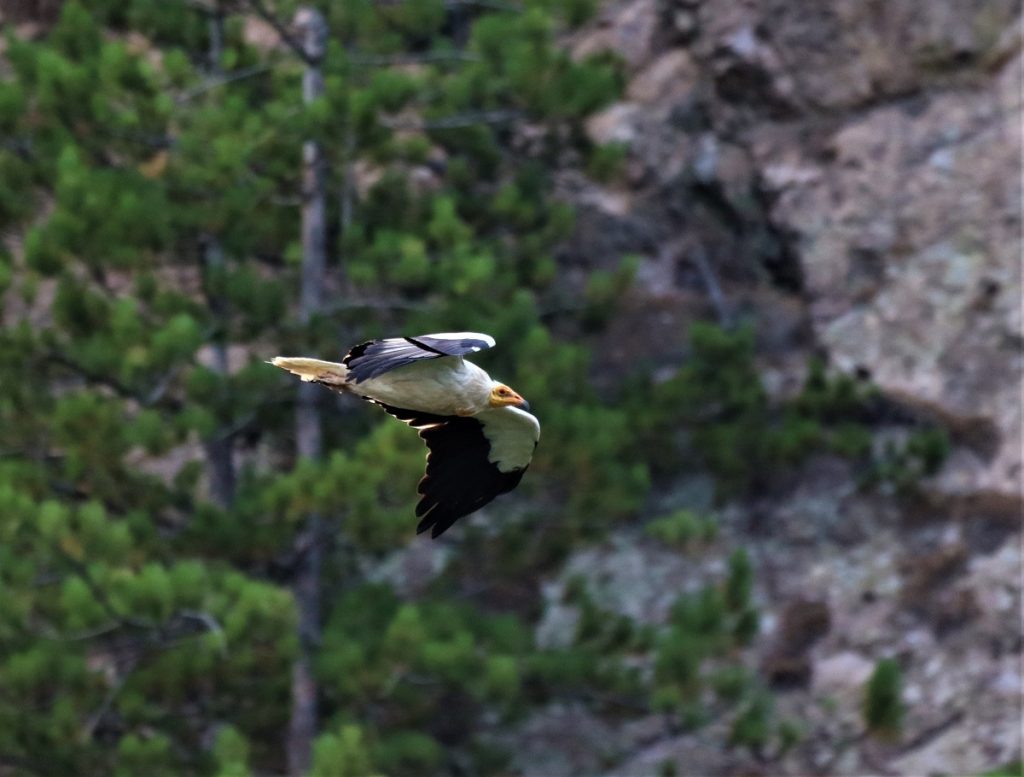 This marks a milestone and is a huge success for the reinforcement of the Egyptian Vulture population in Bulgaria with captive-bred individuals. This milestone was achieved only 4 years after the first releases started in the Eastern Rhodopes. It is only the second proven case in Europe of a captive-bred bird forming a pair in the wild. This proved that the captive-breeding and release programs can be effective for the reinforcement of threatened Egyptian Vulture populations.

Boyana hatched and was raised in Prague Zoo in 2017 as part of the Egyptian Vulture captive-breeding programme within EAZA. A year later she arrived in Bulgaria and was among the first of its species to be released through the delayed release method into the wild in the Eastern Rhodopes. According to this method, the captive-bred vultures are released into the wild in spring after a few months of adaptation. Therefore, they have about 4 months to gain experience and strength before the onset of the fall migration to Africa. Boyana was among the very few Egyptian Vultures that managed to cross the Mediterranean Sea on her way to Africa. She spent the winter in Chad. Over the next three years, Boyana visited 22 countries on three continents – Europe, Asia and Africa before returning back to the release site in Bulgaria. We could follow all her travels thanks to the GPS device attached to her. 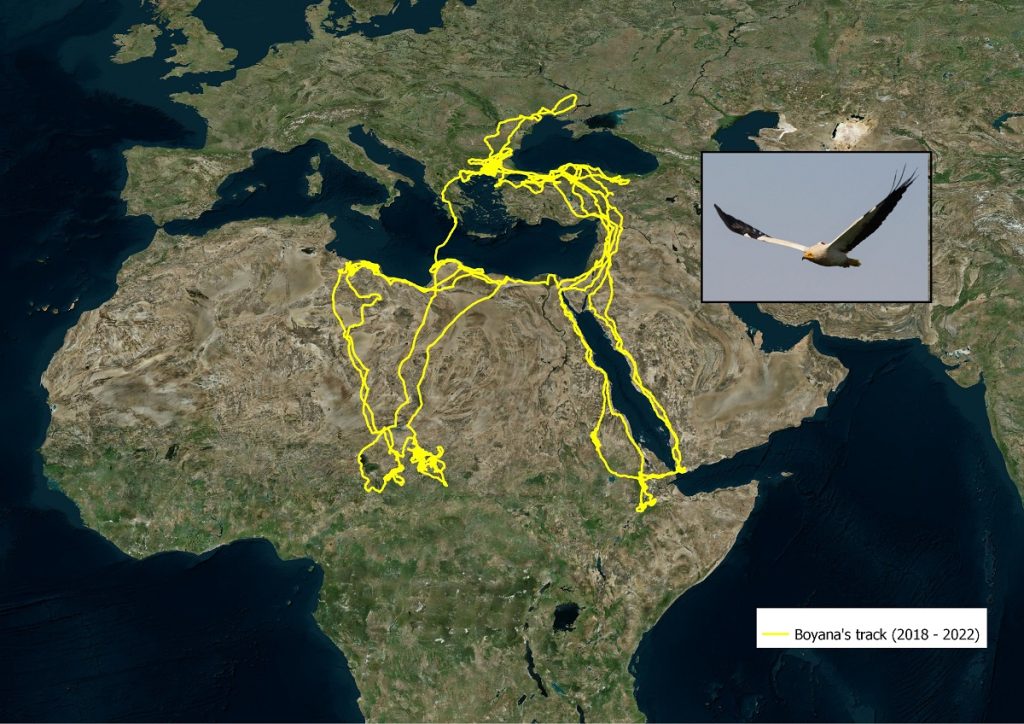 This year Boyana returned to the Eastern Rhodopes already as an adult and occupied a vacant territory. A team of BSPB immediately visited the site with excitement but Boyana was observed alone still looking for a partner. In mid-June after a few days of rain and bad weather she decided to look for food at the vulture feeding station which she knows so well – it is where she was released 4 years ago. She probably didn’t expect that this place will play a major role in her life once again and she will find her beloved. The vulture feeding station attracts many immature and adult non-breeding Egyptian Vultures and is a perfect spot for mating. After this short visit to the feeding station Boyana returned to her territory but this time she was not alone – she was accompanied by a gorgeous male. 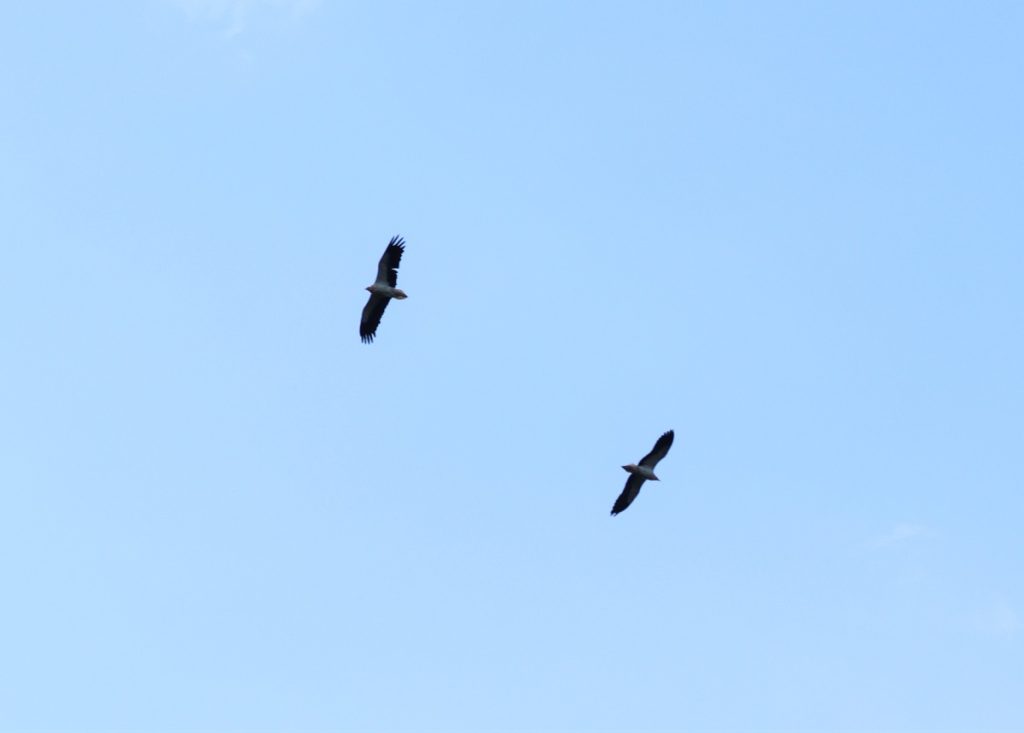 Egyptian Vultures start breeding at an age of 6-8 years. We keep fingers crossed for Boyana and her mate to survive the fall migration and to return back to their breeding territory in the next year when they will hopefully breed. In the meantime, we will continue following her life and will share with you the most exciting moments.

All birds are donated to the „Еgyptian Vulture New LIFE“ project with the assistance of Antonin Vaidl from Prague Zoo – coordinator of the European Endangered Species Programme (EEP) of the European Association of Zoos and Aquaria (EAZA). We express our gratitude to all people and organization involved in the reinforcement of the Egyptian Vultures on the Balkans. 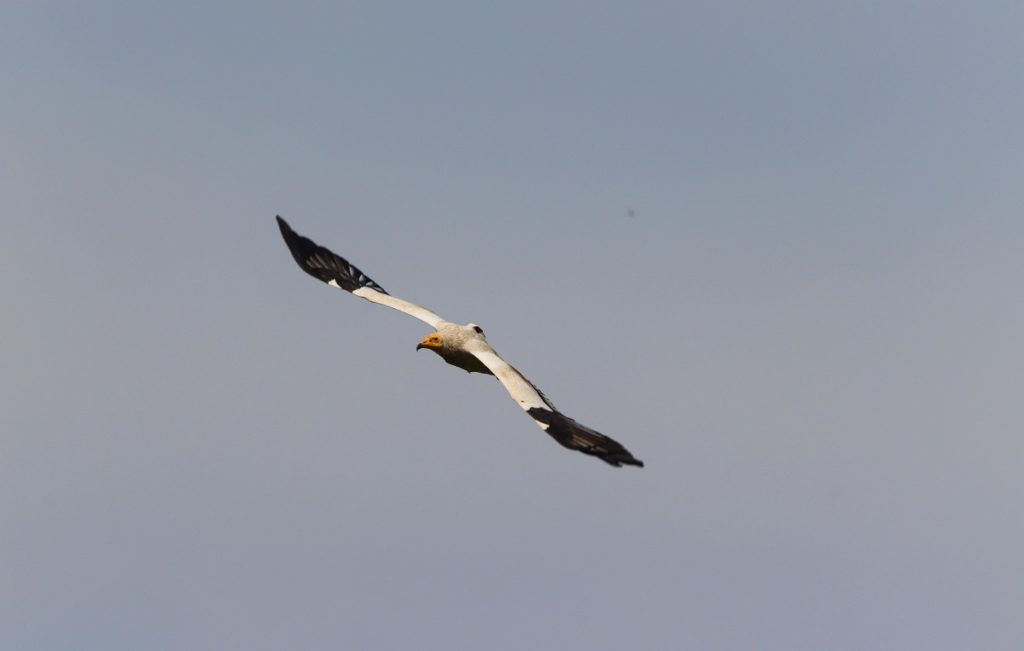