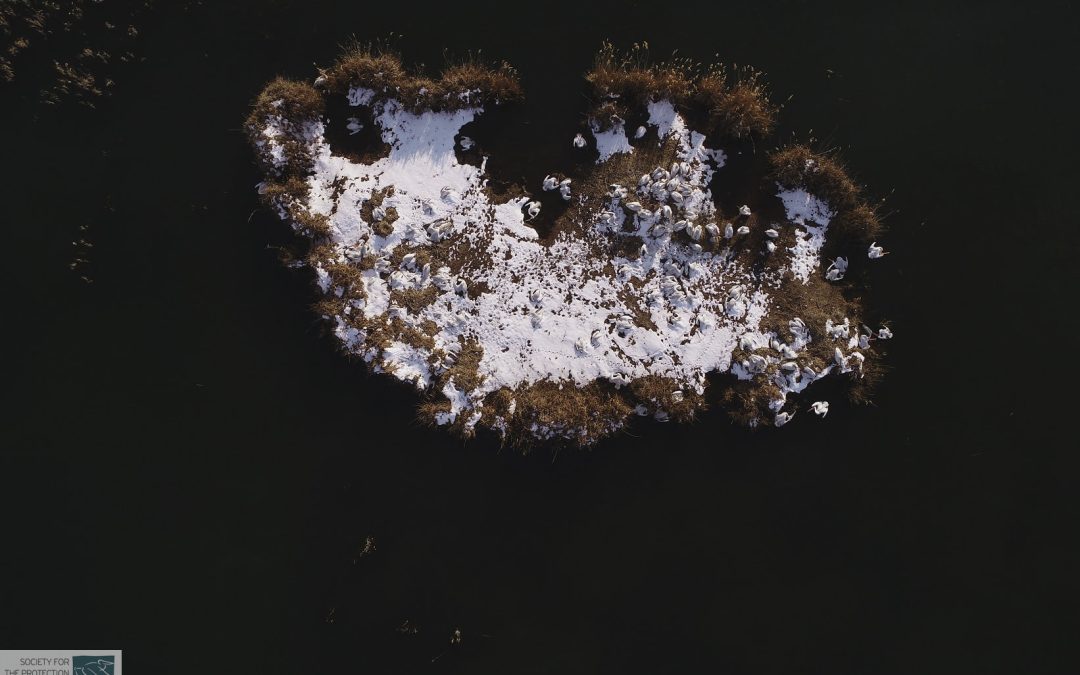 The dalmatian pelican population is severely affected by an avian influenza outbreak that is currently in progress at the Prespa National Park in Greece, in the Lesser Prespa Lake Dalmatian pelican colony that is the largest colony of the species in the world.

The Society for the Protection of Prespa (SPP) reports that the mass mortality of birds started around mid of February, about a week after the first pelicans had arrived in Prespa from their wintering grounds in Turkey and North-Eastern Greece. In a bit more than a week, a total of 209 Dalmatian pelican corpses were recorded in the colony. Moreover, many still living birds displayed neurological symptoms (like not being able to hold their heads up).

On the first days of March 574 Dalmatian pelicans were dead already! All pelicans were adult birds in breeding plumage and the carcasses were located on the nesting islands or close by in the water.

Critical issues include the collection of carcasses to prevent the spread of infection to other waterbirds, raptors, scavengers, etc. This is a very challenging task at an operational level, as a significant number of large, heavy bird corpses need to be collected and transported from the middle of a lake. The low temperatures and continuous snowfall make the situation even more complicated and also hinder the complete monitoring of the area. Nevertheless, removal of the birds’ corpses is a necessary measure to take in order to minimize the dispersal of the disease to other wetlands, as well as to protect the “next wave” of pelicans and other migratory waterbirds and raptors arriving soon. On top of this, other negative consequences for the colony can be expected: uninfected or immune nesting pelicans will be disturbed by such an operation and will probably leave their nests, located on the neighboring nesting islands. 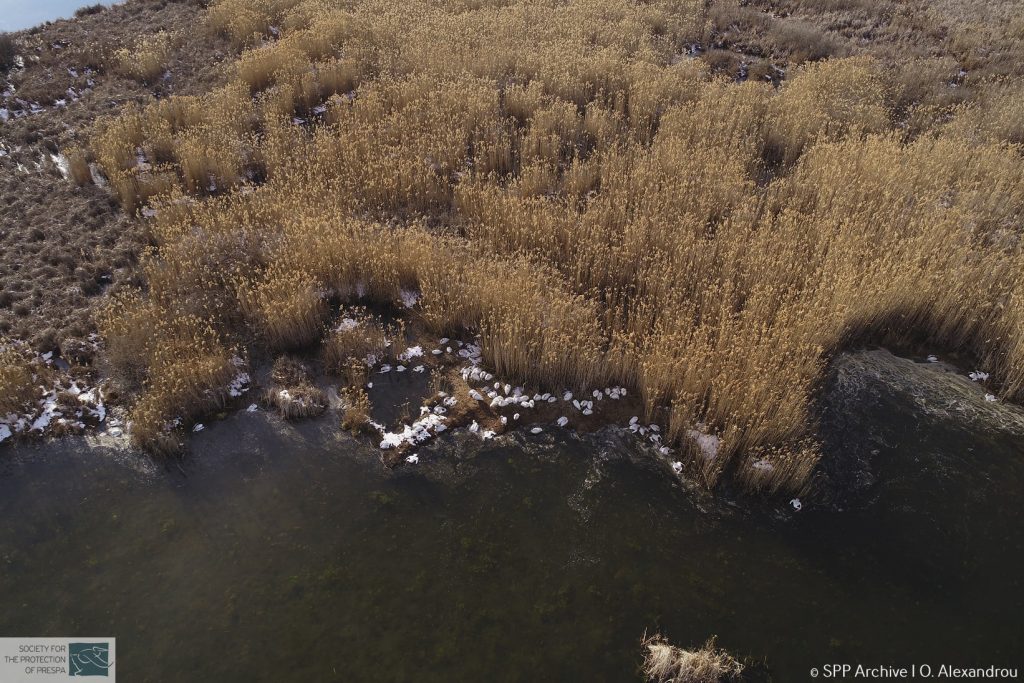 According to the calculations of the ornithologists around 1,000 Dalmatian pelicans arrived in Prespa in early to mid-February, so almost 60% has been affected so far. More birds are on the way to Prespa from other wintering and staging wetlands. Some of them are also foci of the disease: 22 dead Dalmatian pelicans were recorded on Kerkini lake, 24 dead birds were recorded at Lake Cheimaditida, also hosting a species colony of around 150 breeding pairs. Fortunately, the Greater Prespa Lake in Northern Macedonia and Albania seems to be safe at the moment.

“Currently, the situation in the three breeding sites of the species in Bulgaria – Srebarna Lake, Persin Island, and Kalimok-Brushlen Protected Site, is calm and we have no case of dead pelicans,” said Svilen Chesmedjiev, an expert on the species from the Bulgarian Society for the Protection of Birds (BSPB).

Scientists are very much concerned about the rapid progress of the disease, severely affecting the breeding population of the Dalmatian pelican in Greece and the Black Sea-Mediterranean flyway in general. The establishment of new species colonies in Greece and the increased numbers of breeding pairs at colonies in Turkey during the last two decades are largely attributed to the phenomenal increase of the breeding colony in the Prespa since the 1980s.

“We are following closely the developments of the avian influenza outbreak in Northern Greece and are extra vigilant regarding the monitoring of our project sites in Messolonghi Lagoon and Amvrakikos Wetlands where the breeding season of Dalmatian pelicans is in progress. Thankfully, no casualties or suspicious incidents are observed.”, commented Manolia Vougioukalou, Project Coordinator of the Pelican Way of LIFE project for the Hellenic Ornithological Society / BirdLife Greece.