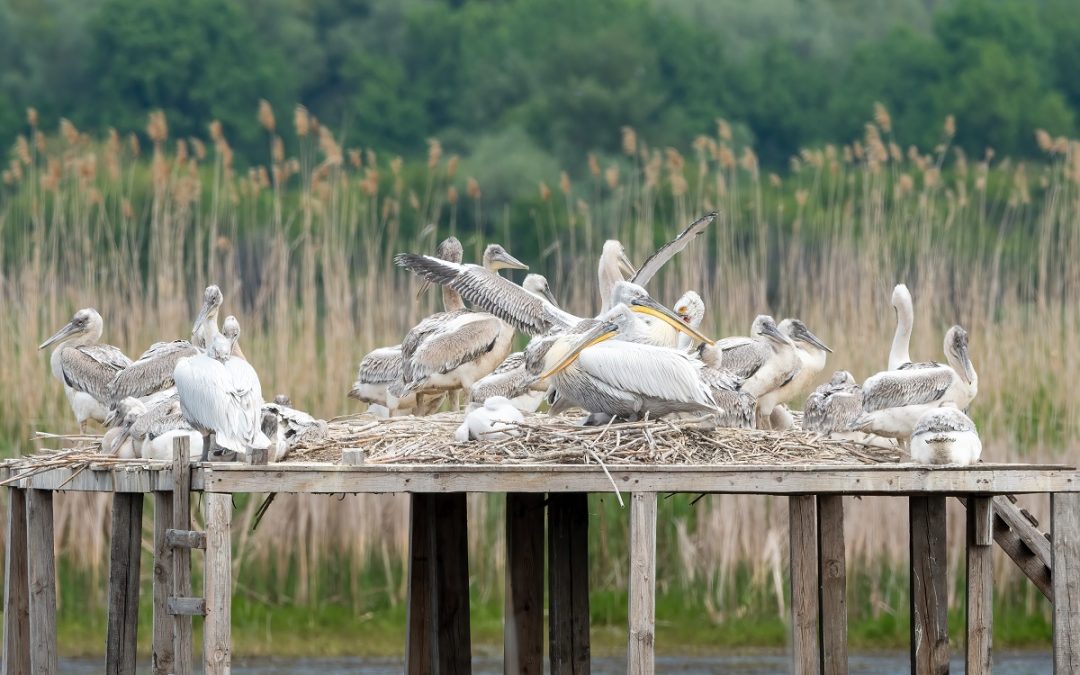 The fifth international pelican census in Southeast Europe took place on May 14th. It aimed at gathering information about the number and distribution of the endangered species Pelecanus crispus (Dalmatian pelican) and Pelecanus onocrotalus (Great white pelican) in the region. The event was organized within the project “Pelican Way of LIFE” and was coordinated by the Hellenic ornithological society (HOS). 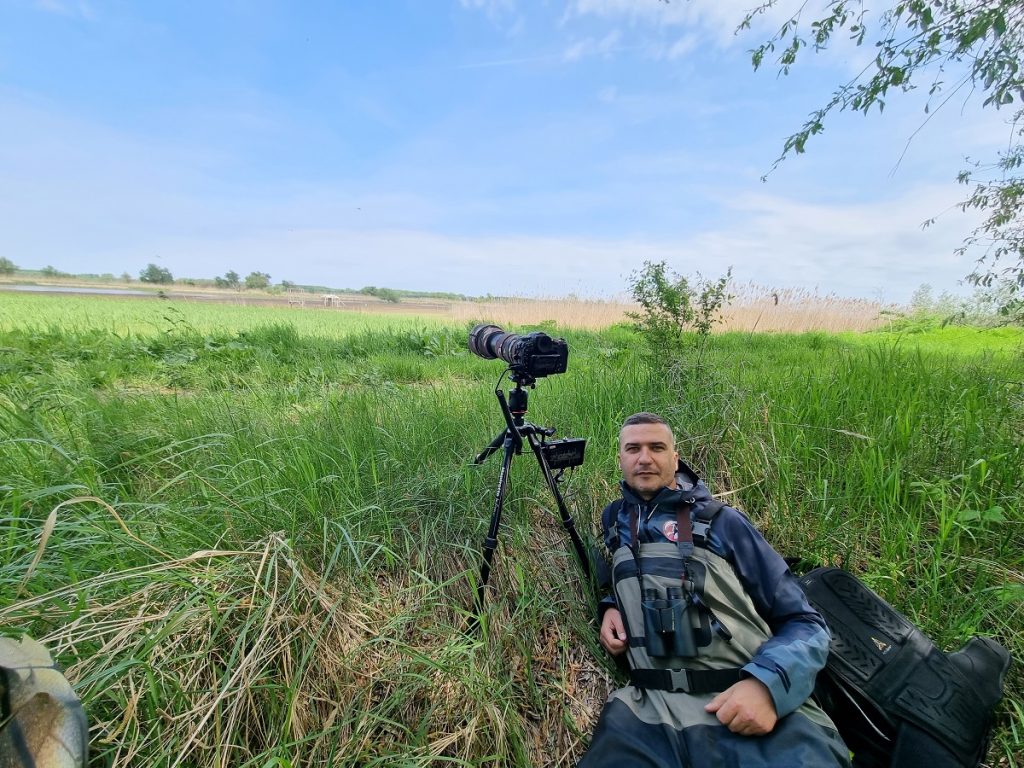 Teams from Bulgarian Society for Protection of Birds (BSPB) also participated in the international initiative. They visited the wetlands that are of greatest importance to the two pelican species in Bulgaria – Srebarna Lake, Persin Island, protected area “Kalimok-Brashlen”, Burgas Lakes, the dams Ovcharitsa and Rozov Kladenets, Varna lake, the islands and the sandy slopes along the Danube. 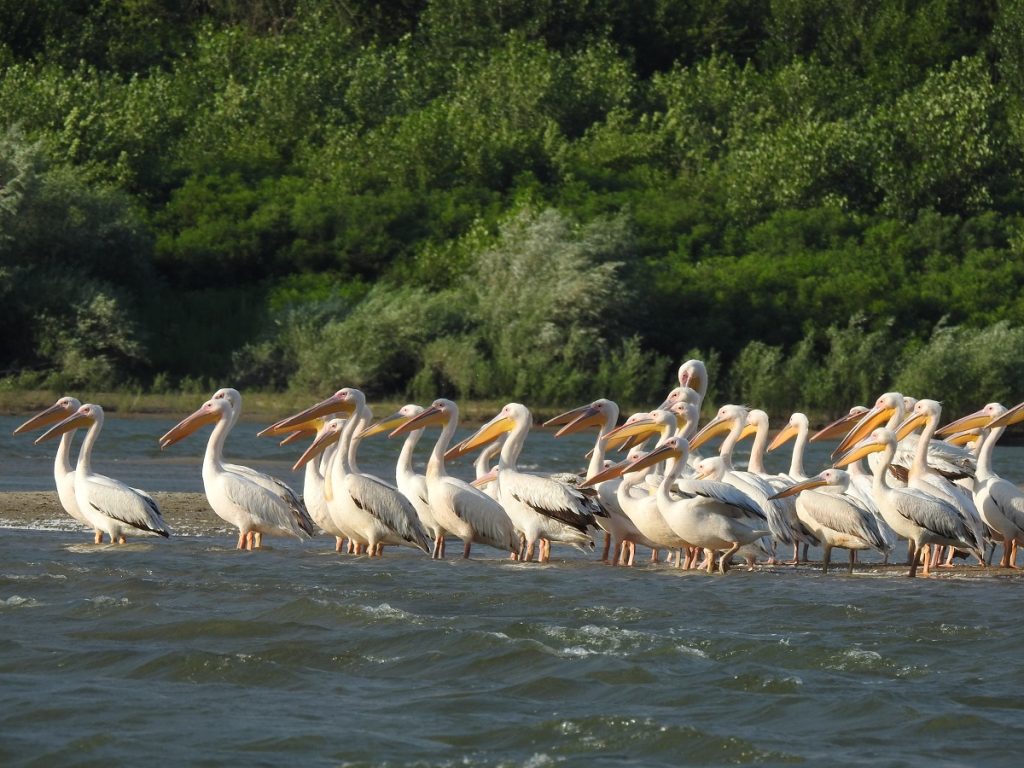 473 Dalmatians and 1,418 Great white pelicans in total were counted in Bulgaria The greatest number of Dalmatian pelicans were observed in the area of ​​Atanasovsko Lake near the city of Burgas – 110 individuals, along the Danube River with sandy hair between the islands of Gradina and Lakut – 86 individuals. and in Kalimok-Brushlen Protected Area – 62 ind. Most Great white pelicans were found in the area of ​​Atanasovsko Lake – 1156 ind., In the dam Studen Kladenets – 96 ind. and in Srebarna Lake – 94 ind. During the Census special attention was paid to the  three nesting sites of the Dalmatian Pelican in Bulgaria – Srebarna Lake, Persin Island, and Kalimok-Brushlen Protected Area. The first hatchlings hatched in Kalimok-Brushlen Protected Area and in Srebarna Lake in March. Unfortunately, due to the extremely low level of the Danube this season, the Peschina Swamp and the Dead Swamp remained dry, which in April forced the Dalmatian Pelicans to abandon the wooden platforms for the third time. This year, pelicans nesting in the Persina Nature Park will not be able to raise young. 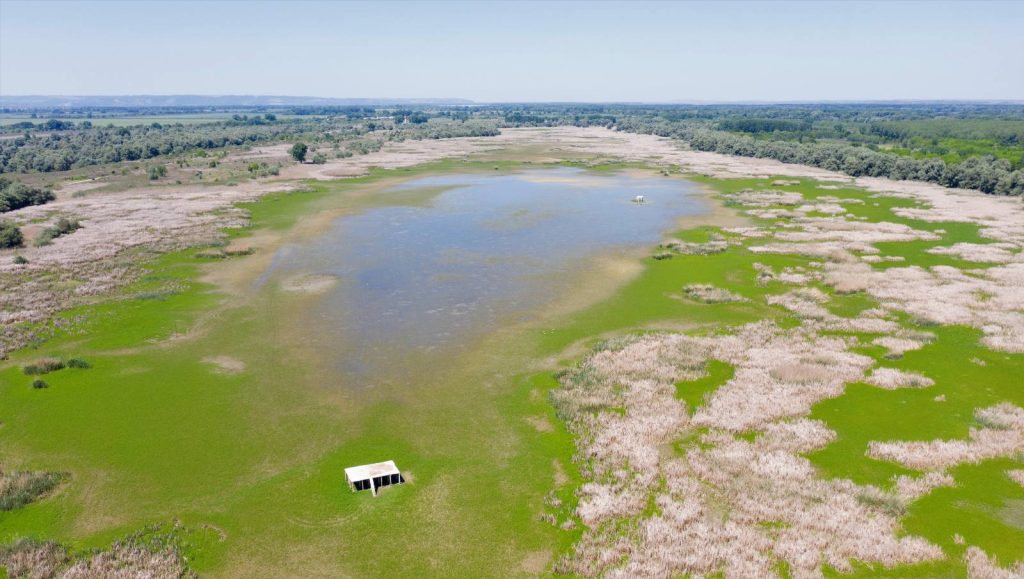 It is a curious fact that among the Great white pelicans we counted was Vaya – a female bird tagged by a BSPB team with a transmitter on September 15, 2021. 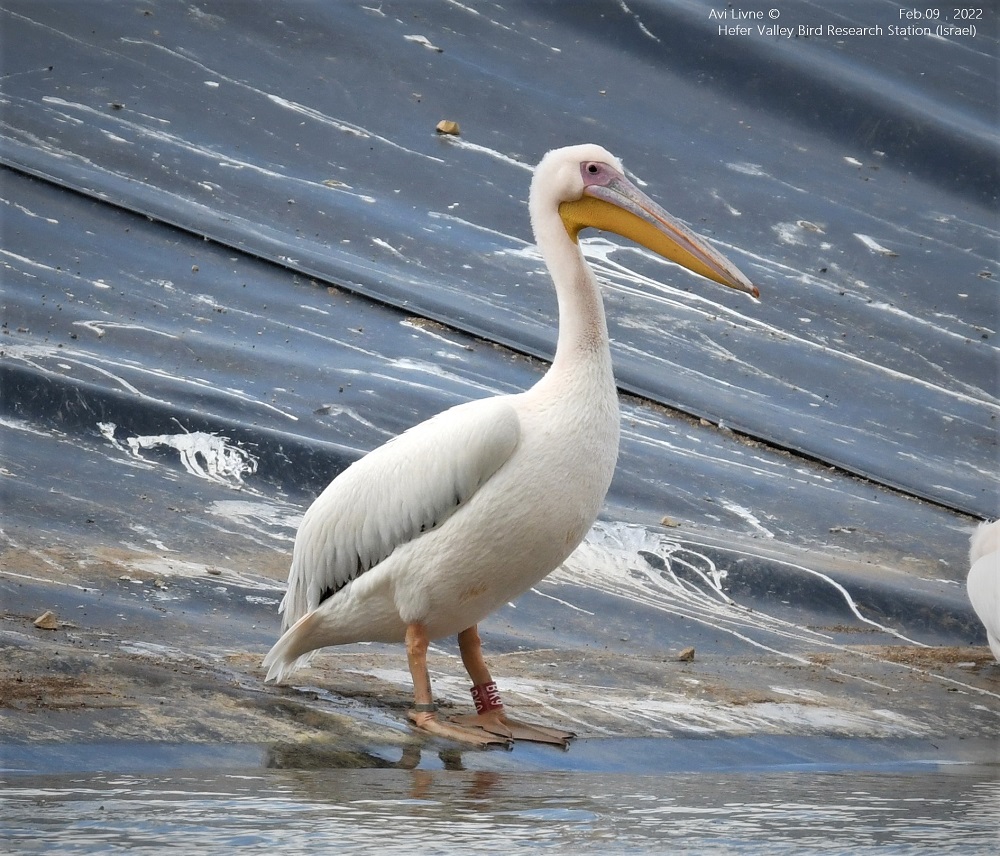 In October last year, Vaya left Burgas Lakes and spent the whole winter in Israel. On April 17, the bird began its migration north. A two-day stay in Syria followed, after which Vaya spent about a week in various lakes in central and northwestern Turkey. On May 4, Vaya visited the delta of the Maritsa River in Greece, and the next day she had already arrived at the Mandra Dam near the city of Burgas. Vaya spent the next ten days in the Burgas Lakes region, and on May 14 she headed directly north, reaching Lake Calarasi in Romania, where she is now. During these nine months, she has visited 7 countries and traveled a total of 5,323 km. 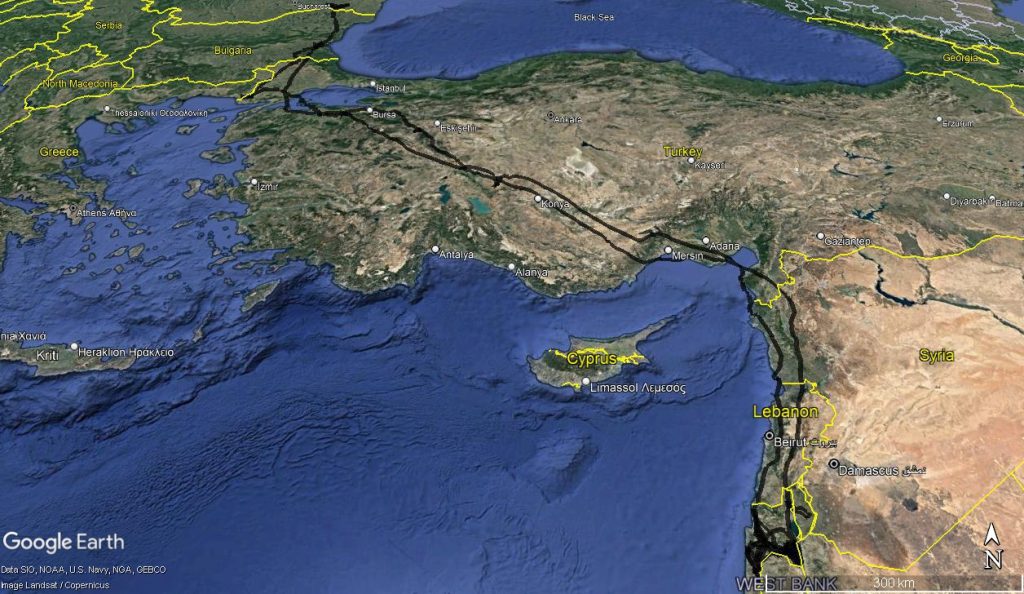 The data gathered will contribute to a better knowledge of the two pelican species and to the conservation activities in Southeast Europe. Transborder cooperation is of key importance for the protection of these birds.

The actions for protecting the Dalmatian pelican are carried out within the project “Pelican Way of LIFE”  (LIFE18/NAT/NL/000716), funded by the LIFE Programme of the European Union and with the assistance of the Whitlеy Fund for Nature.