On May 14th, a BSPB and Green Balkans team installed GSM transmitters on three of the four young captive-bred young Egyptian Vultures, who spent about a month and a half in an adaptation aviary in the Eastern Rhodopes. They are part of a program to boost the Balkan population of the species and will be released through the delayed release method.

The young birds were examined and dewormed to ensure that they are fully prepared for life in the wild. An alarming loss of feathers was noticed in one of the vultures, which led to its transportation back to the Green Balkans Rescue Center in Stara Zagora. The bird, named Nadezhda, was taken from a wild nest in Northern Bulgaria last year due to its late hatching and the inability to leave the nest in time for migration to the south. Nadezhda’s health will be closely monitored and next year she will have a new opportunity to be released. 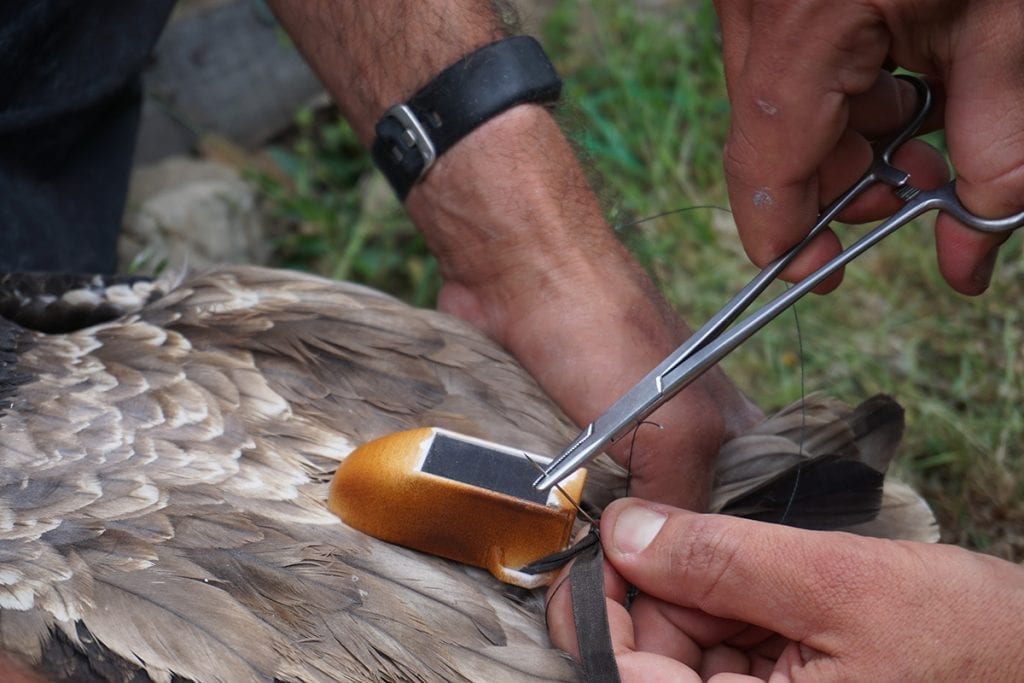 The other three birds – Ferdinand – a donation from the Sofia Zoo, Poldi, hatched at the Schönbrunn Zoo and Solera – from the Jerez Zoo will remain in the aviary for a few more days until they get used to the GSM transmitters, after which they will be released.

The BSPB team, which until now took care of them – monitored their adaptation and provided them with a variety of food, which they will soon have to find themselves in nature, will continue to closely monitor their movements after the release. The first few days of freedom are the riskiest for vultures, as they orient themselves and get used to actively using their wings in the sky over the Eastern Rhodopes. 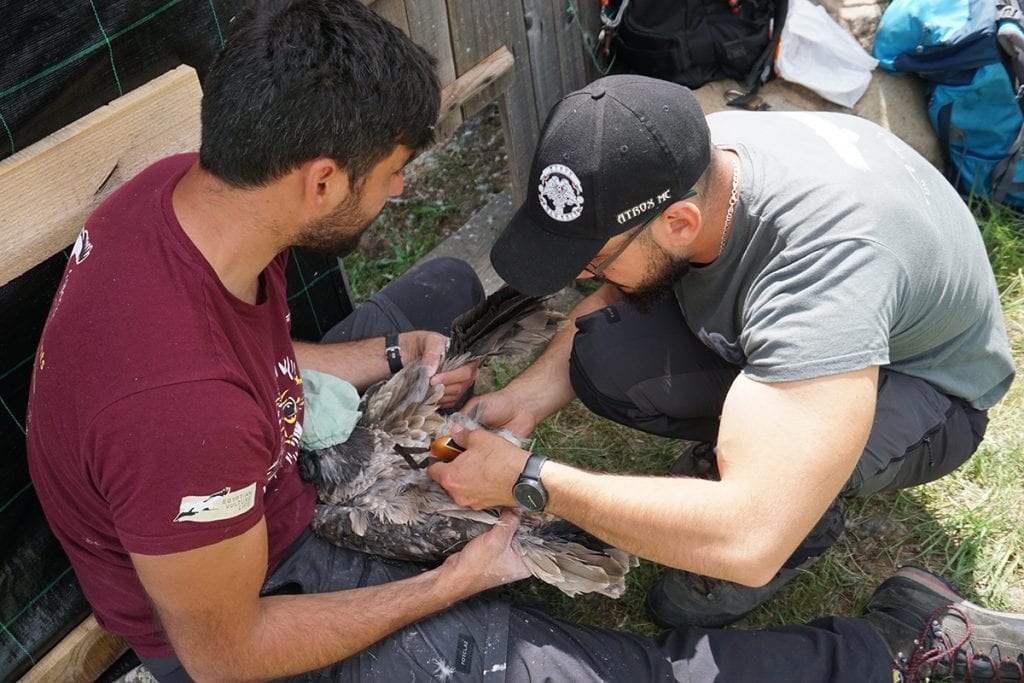 To facilitate them, the release site is at the feeding station where they will easily find food and learn from the adult Egyptian and Griffon vultures that visit the area daily.

The three young Egyptian vultures, which will be released under the delayed-release method within the LIFE project “Egyptian Vulture New LIFE”, were donated to the project by zoos from the EAZA network and the European Endangered Species Programme (EEP) with the assistance of its coordinator Anton Vaidl. 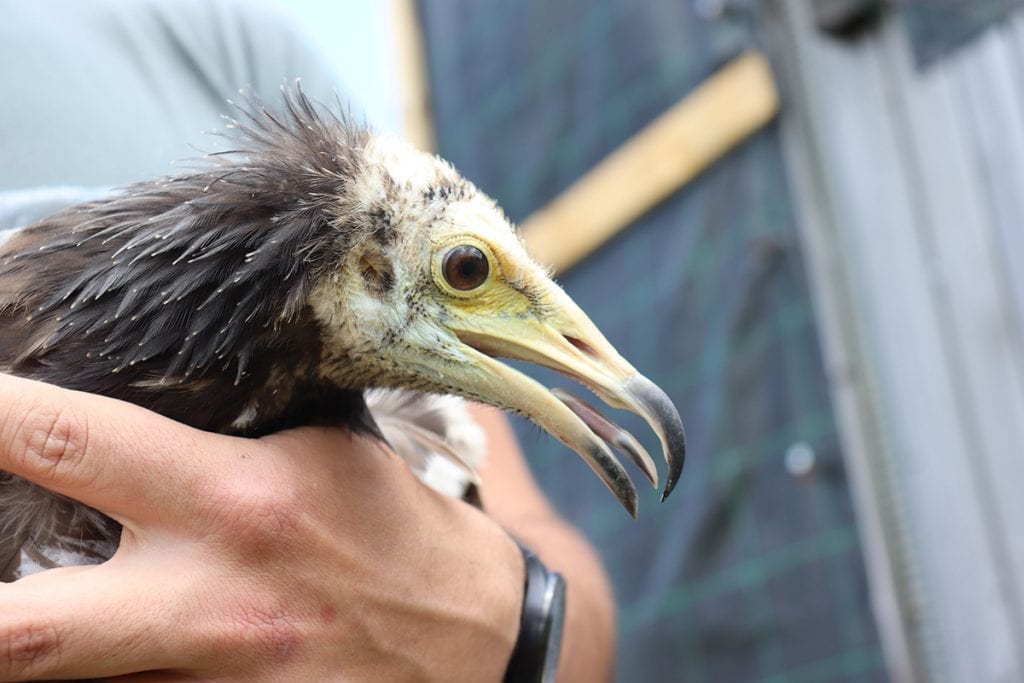