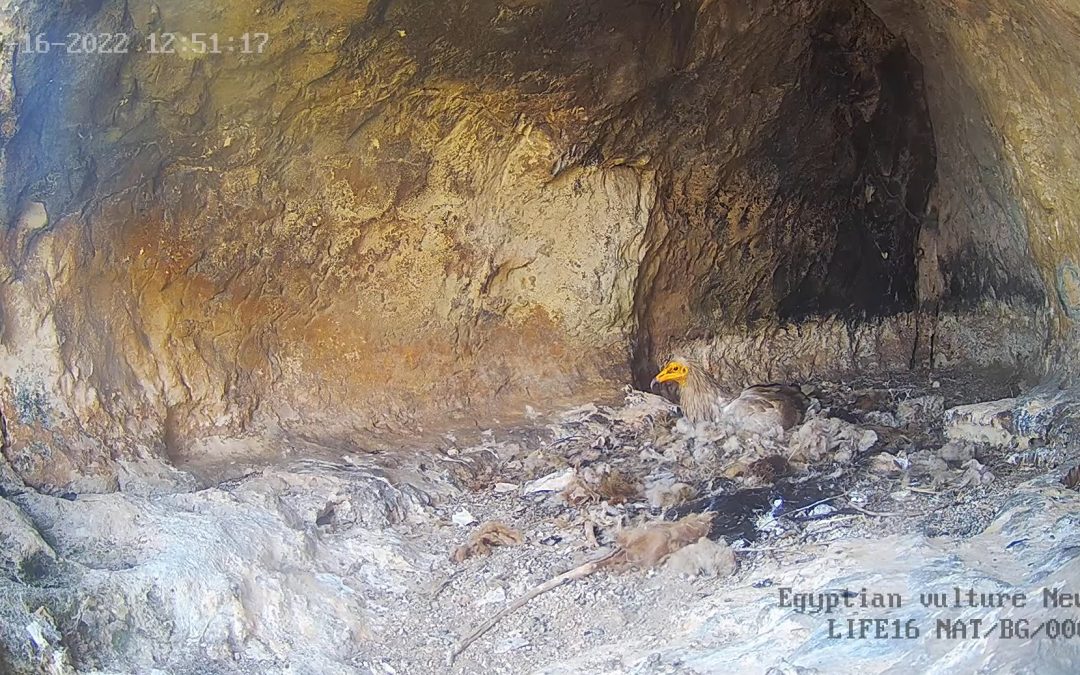 For another year, the website www.LifeNeophron.eu is the place where everyone can experience in real-time the life of one of the rarest birds on the planet – the Egyptian vultures. There are three places from which the “wild cinema” broadcasts: the area of ​​the town of Provadia, the Wildlife Rescue Center of the Green Balkans, and the aviary for adaptation of captive-bred young birds in the Reserve Valchi dol in the Eastern Rhodopes.

For the eleventh year in a row, we are broadcasting live from the nest of a pair of Egyptian vultures near the town of Provadia. Since 2012, they have raised a total of 15 juveniles before our eyes, and we hope to witness the hatching of the new generation and the dedicated care of parents. The pair is currently laying two eggs, with the first one expected to hatch in late May. Watch them live on the website of the LIFE project “Egyptian Vulture New LIFE”: www.LifeNeophron.eu

At the Wildlife Rescue Center of the Green Balkans in Stara Zagora, a camera broadcasts from the nest of one of the pairs of Egyptian vultures there, part of the Restoking program of the species that have so far raised three young before our eyes.

The other camera brings us closer to specific conservation activities that BSPB and the Green Balkans are carrying out within the LIFE project “Egyptian Vulture New LIFE” – the release into the wild of captive-bred birds by the delayed release method. Everyone can watch live the adaptation of the six young birds, which will stay in the aviary in the Eastern Rhodopes until the end of May, when they will be tagged with GPS transmitters and released. The aviary is located near a feeding station and often has curious visitors – Egyptian and Griffon vultures..

The cameras are installed as part of the Egyptian Vulture New LIFE project, which is being implemented with the financial support of the EU’s LIFE program. The project brings together the efforts of 20 institutions and organizations from 14 countries in the Balkans, the Middle East, and Africa. The Bulgarian Society for the Protection of Birds (BSPB) is the coordinating organization.