Throwback snap from 14 years ago! 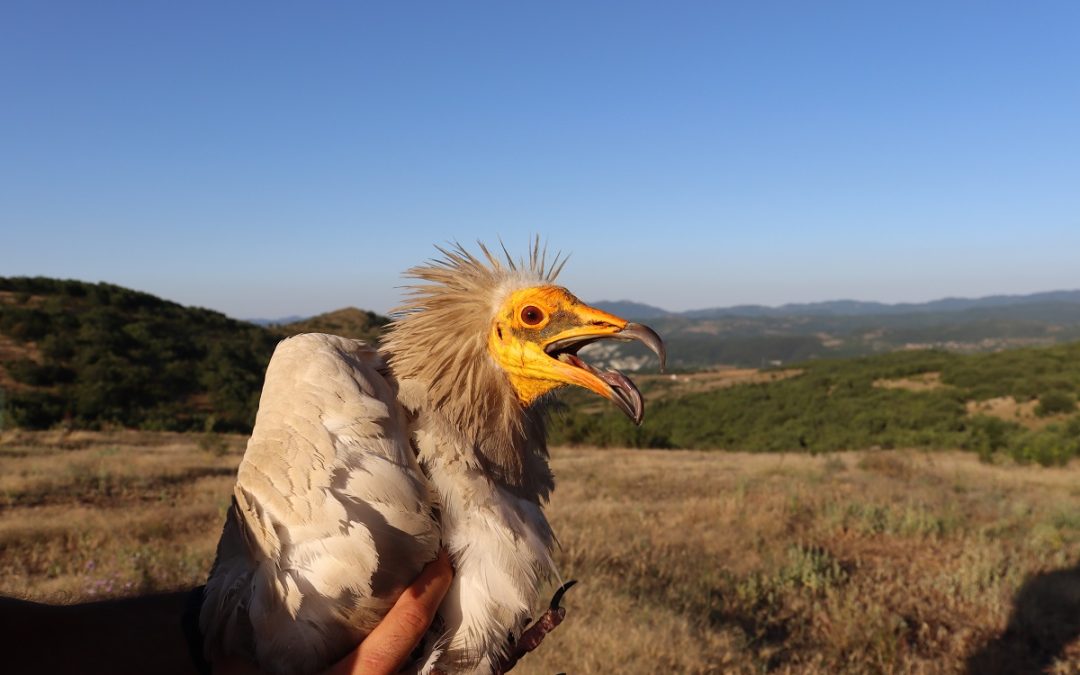 A few days ago we tagged with GPS transmitter a gorgeous female Egyptian Vulture within the LIFE project “Egyptian Vulture New LIFE” and named it Adi. It is a bird with an extraordinary story that started 14 years ago. Let’s make a little throwback in time to 2008 and learn more about her:

One hot day in July exactly 14 years ago the vulture expert Ivaylo Angelov from BSPB rappelled down to an Egyptian Vulture nest in the heart of the Eastern Rhodopes and found two little chicks. Both of them were ringed with color and metal rings to ease their identification in the wild in the future. At that time GPS transmitters were a new technology and not yet used in the Balkans. So the only way to mark this bird was with rings. Nothing was heard from the two little vultures after they left their nest and headed to Africa for the first time in their lives. Six years later in 2014, a mysterious Egyptian Vulture with a metal ring on its leg occupied a breeding territory in the Eastern Rhodopes. It was definitely one of the over 70 young vultures which our team ringed in the period 2007-2010 which has survived to adulthood and now raises its own offspring. Unfortunately, it has lost its plastic ring and since the inscription of the metal ring is hard to read we could not identify the bird. For six years we were trying hard to photograph the ring from a very close distance in order to read the inscription and finally succeeded in 2020. Such excitement to find out that it is one of these two chicks ringed back in 2008. It is already gorgeous female breeding in a territory just 13 km away from her mother’s nest. 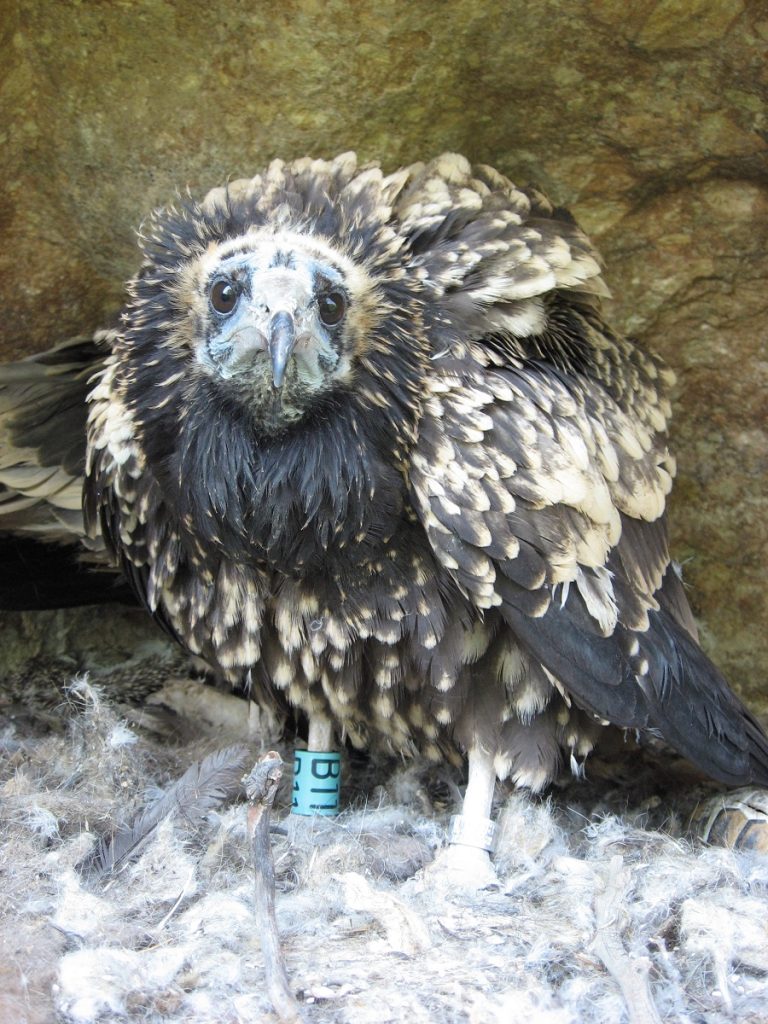 What an excitement it was for our team to hold it once again in their hands after so many years. Now we will be able to learn even more about her life through the data received from the GPS transmitter. Hopefully, in autumn she will migrate successfully to Africa and will reveal where she spent the winter.

Egyptian Vultures can live up to 30 years in the wild but they rarely survive that long due to the various threats the species faces in the breeding grounds and along the migration route. They start breeding at age of 6-8 years. Adi is now in the prime of her life and this year she is raising another chick which will fledge from the nest in August being the new generation to continue the glory of its species.