The eagle of rivers and lakes

The white-tailed eagle is one of the largest raptors in Bulgaria. In flight it is identified by its long, wide wings, its short tail and its long neck. Adults have a brown body, with a light-coloured head and white tail. The young are dark brown. 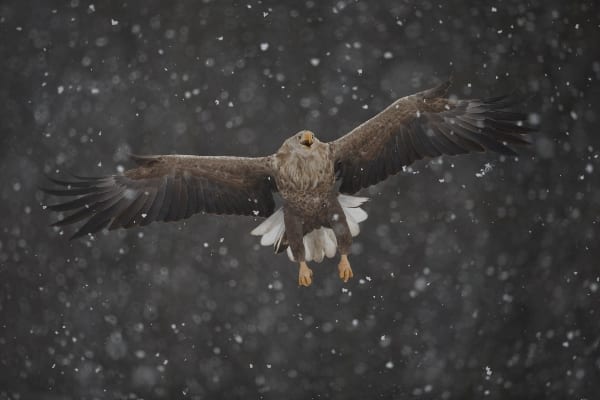 The realm of the eagle

White-tailed eagles live in the vicinity of various wetland habitats – along big rivers, near lakes, marshes, reservoirs, fish ponds, and any place that is rich in food resources – fish and waterfowl. However, they have been known to nest in agricultural lands far from any water bodies. In such cases thier prey includes hedgehogs, hares, etc.

In Bulgaria, white-tailed eagles nest mainly on the islands in the Danube River, on the Black Sea coast (the rivers Kamchia and Ropotamo), as well as in the area of the Burgas Lakes and Durankulak Lake. In the south-eastern part of the country – mostly along the rivers Tundzha and Arda, as well as in the area of several larger inland reservoirs: Zhrebchevo, Pyasachnik, Tsonevo, Ovcharitsa, Rozov Kladenets, Trakiets, Studen Kladenets, Ivaylovgrad and Koprinka. In the last decade they have started to spread to new territories in the Upper Thracian Plain, sometimes far from water bodies.

White-tailed eagles are a resident species; However the young individuals disperse over large distances. arrive in Bulgaria from Northern Europe. The species lives near rivers, marshes, reservoirs with old poplar or oak forests along the banks. 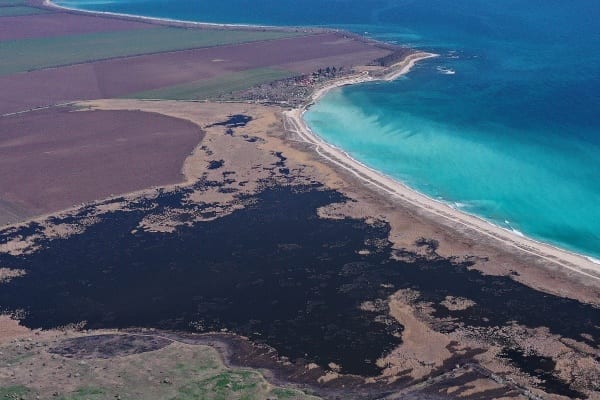 White-tailed eagles build a large nest high up in the crown of trees. The nest can reach up to 2 m in diameter, and is more than 2.5 m thick. The female lays 1–3 eggs. The pair raises one brood in March–July.

These large eagles feed mostly on fish and water fowl but in winter they eat carcasses of dead mammals and other animals too.

The restoration and protection of wetlands in Bulgaria, together with the preservation of clean water, is of utter importance for white-tailed eagles and for the increase of their numbers. The availability of enough safe and peaceful sites away from human disturbance that they can use as breeding, feeding and resting sites is a requirement for the success of the existing pairs and the formation of new ones. The protection of water resources in lakes, marshes and reservoirs provides food resources and guarantees the presence of white-tailed eagles.

A breeding requirement for white-tailed eagles are the tall, strong old trees on the banks of water bodies in areas without human presence and disturbance. Therefore, the conservation of riparian forests and the plantation of new ones of the appropriate tree species (black poplar, elm, alder, etc.) are of key importance. 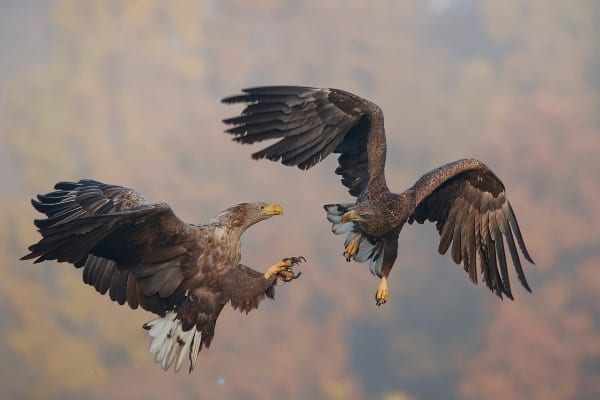 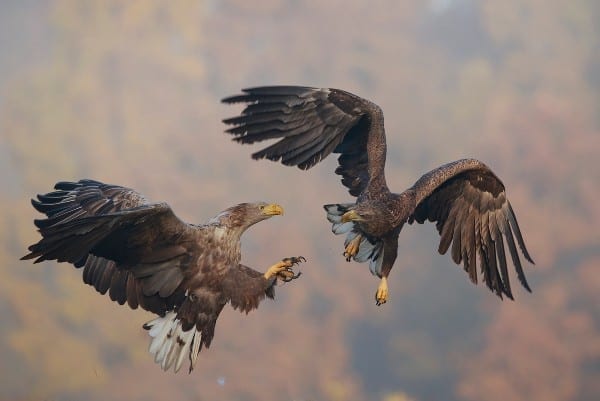 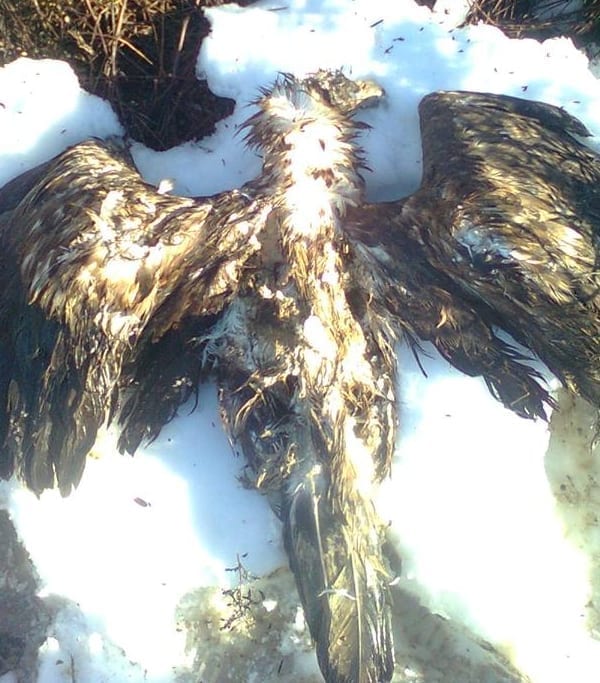 The 20 kW power grid poses a serious threat to white-tailed eagles as the birds can be electrocuted when they perch on the pylons. Therefore, the BSPB has established a successful cooperation with electricity providers in order to make such pylons and poles safe for the eagles and other big birds.

Several approaches are used in the process:

fas|fa-bolt|
Installation of a protective insulation coat on potentially dangerous electricity pylons and poles.
fas|fa-bolt|
Replacing overhead power lines with fully insulated lines, thus reducing substantially the risk of collision for the birds in flight.
fas|fa-bolt|
Mounting perches that provide safe spots for the birds away from the dangerous conductors.
fas|fa-bolt|
Replacing overhead power lines that are dangerous for the birds with underground lines. This approach practically eliminates the threat to the birds but it is also the most costly and complex measure.
Taking measures with regards to dangerous electricity poles and pylons is among the steps that have a beneficial conservation effect on the white-tailed eagle, as it reduces the number of birds killed by electrocution. In Bulgaria, a great percentage of the power distribution lines pose a risk for birds, for large raptors and white storks in particular. Some of them are true death traps that kill dozens of birds every year.

The only team with a specialized dog trained to find poisoned dead animals and baits in Bulgaria is the BSPB’s own anti-poison team. The team started operating in 2016 chiefly in the area of the Eastern Rhodope Mountains and Sakar Mountain but it responds to situations across the country. The task of Bars and his handler Nikolay is to search for carcasses of poisoned animals and for poisoned baits and to alert the respective authorities. After finding a carcass the handler determines what steps to take, as the animal could have died from natural causes. In case it has been poisoned, it must be removed from the wild as soon as possible; samples are sent to a laboratory to establish the cause of death.

Unfortunately, even today we still find birds of prey shot by poachers. A recent example comes from 2014 when the body of a white-tailed eagle shot by poachers was found in the Municipality of Svilengrad. This is one of the serious threats for many bird species in Bulgaria. 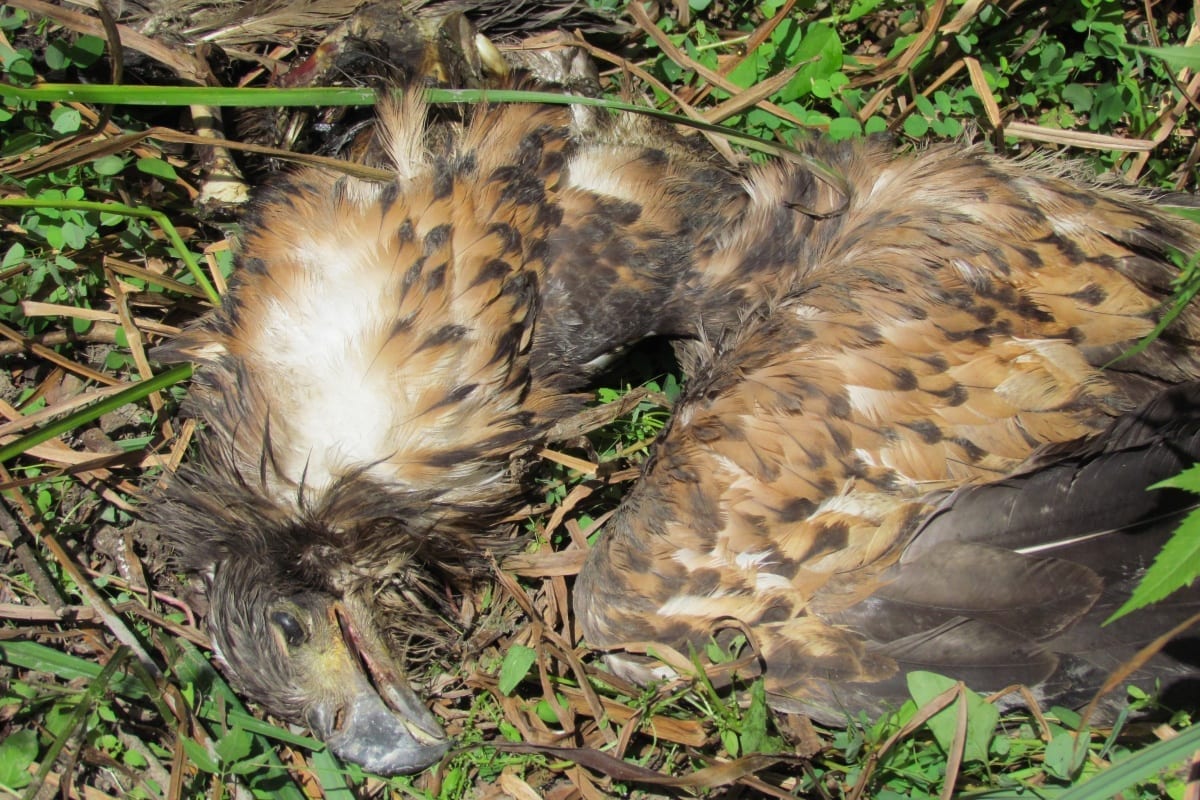 In order to study the movements of young white-tailed eagles after they leave the nest, as well as to determine the main threats they face, we fitted several birds with satellite transmitters in the area of Persina Nature Park. The data we collected are of key importance for the conservation of the species. The satellite-tagged birds remained in the vicinity of the Danube River for the whole year, more specifically on and around the Danube islands with greater concentrations of waterfowl. Satellite tagging is a modern method for studying the biology of endangered species and the threats they face.

Since its foundation, the BSPB works for the conservation of white-tailed eagles in Bulgaria. Our teams carry out regular monitoring of breeding pairs across the country, keeping track of the nesting success of the species. Many volunteers also take part in the monitoring.