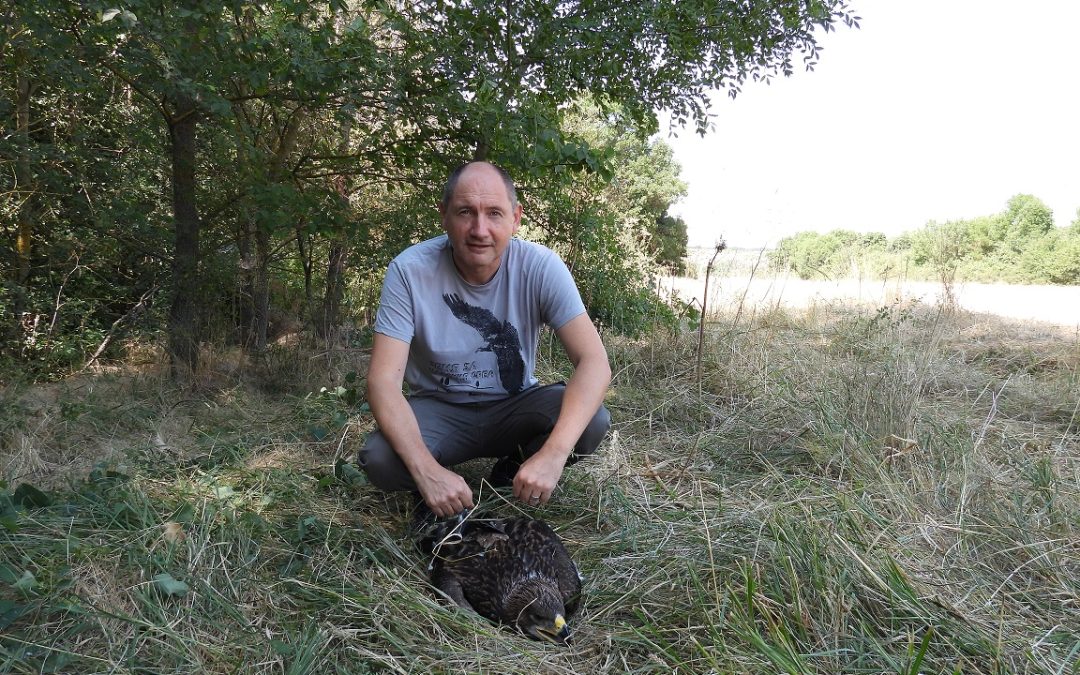 This week a young Eastern imperial eagle was successfully tagged with a satellite transmitter in its nest in Southeastern Bulgaria by our colleagues . Thus the tagged birds in the last two years are already 5, and our goal is to reach 10 within the BSPB’s research and conservation activities of the imperial eagles in Bulgaria. 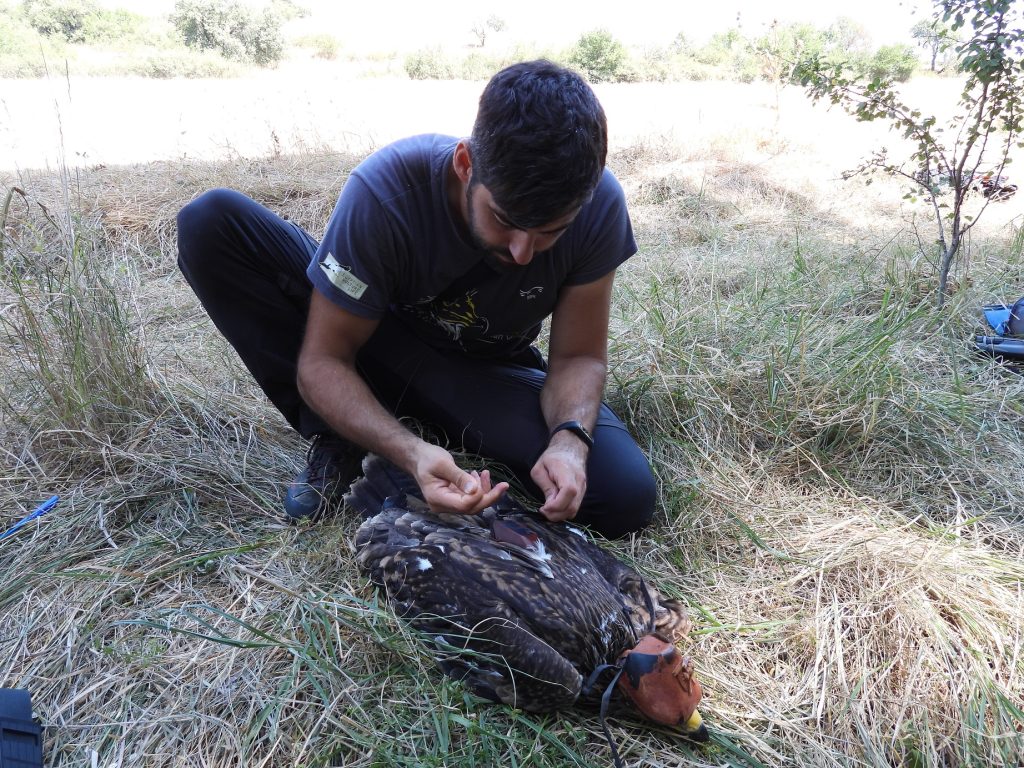 One of the challenges of this activity is reaching the nest, which was more than 10 meters in height in this case. The placement  of the transmitter is also a specific skill which is excelled by few experts in Bulgaria: it is attached with polytetrafluoroethylene straps on a special section of the bird’s wing, where it does not cause inconvenience. 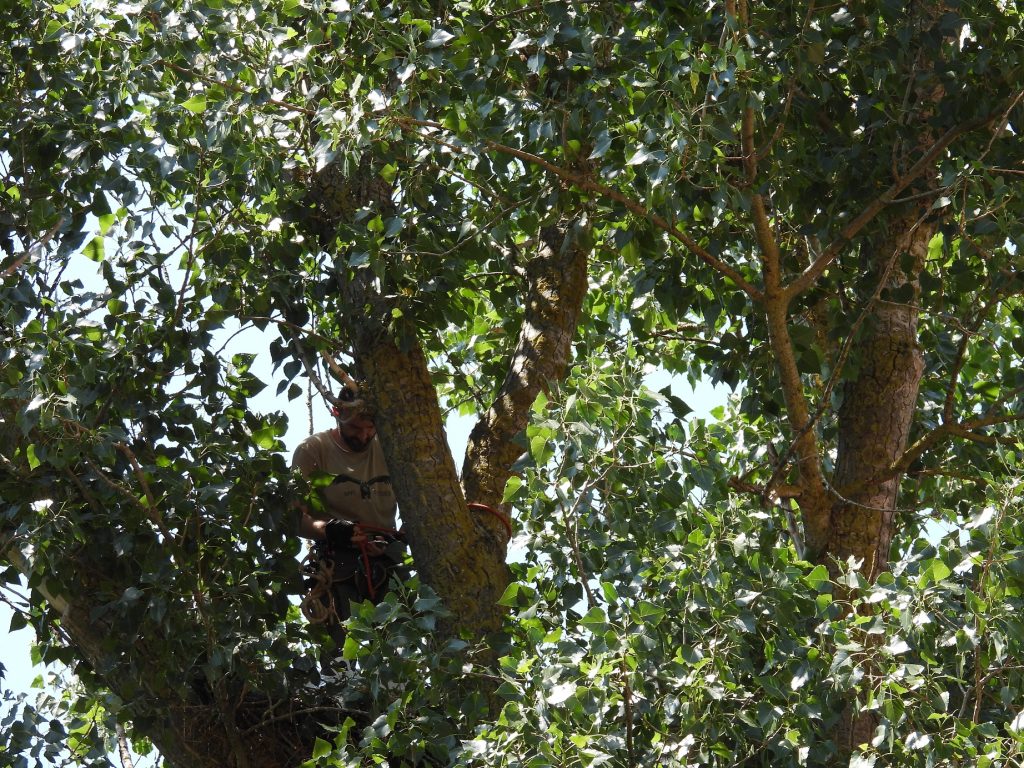 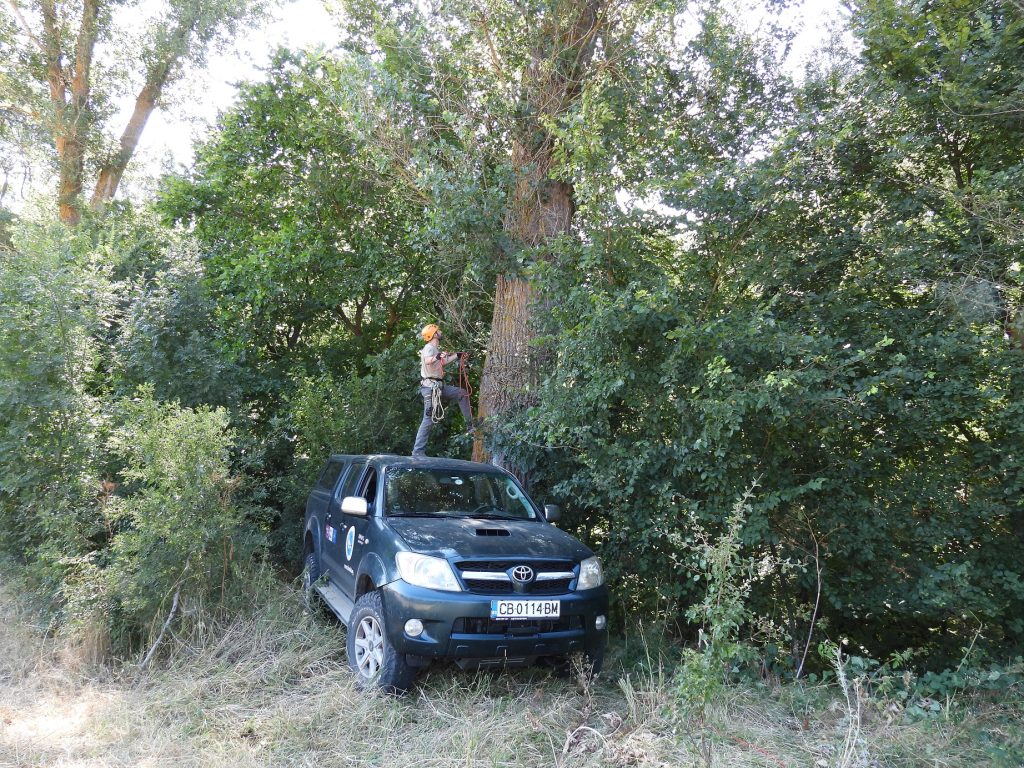 Thanks to the long-term efforts for this species conservation, last year its population reached the record of 41 pairs. This year though the pairs are only 37. The decreasing is a sign of increased mortalities.  The satellite telemetry is one of the best methods for determination of the threats for the imperial eagle.

One of the birds, tagged last year, faced the typical threat for the species: it was shot with a hunting weapon by a poacher in Straldzha area, but fortunately our team found it alive and it was successfully healed by our colleagues from the Wildlife Rescue Breeding Center in Stara Zagora. 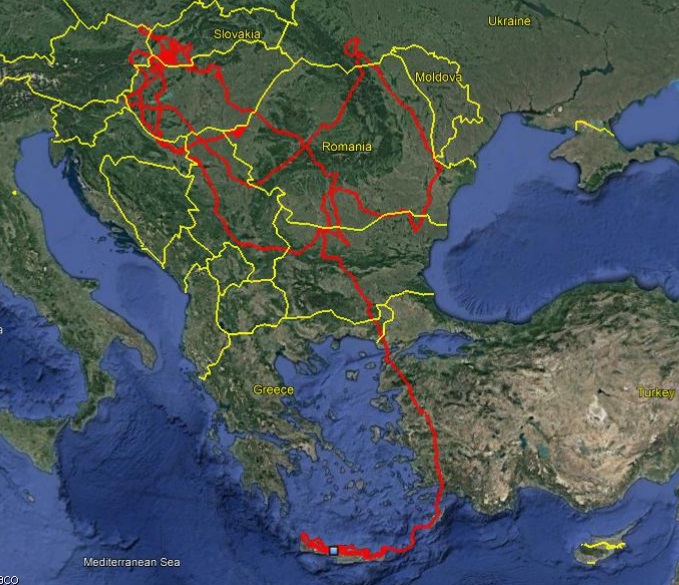 Thanks to another tagged bird, Boris, we found out unknown facts about the wintering and wondering of the Eastern imperial eagle. After spending the winter in Crete, it flew over Bulgaria on its way back to the continent and now it’s spending the summer in Central Europe. It has visited Austria, Slovakia, Hungary and Serbia so far, and it is situated in Northwestern Romania, near the Hungarian border at the moment.