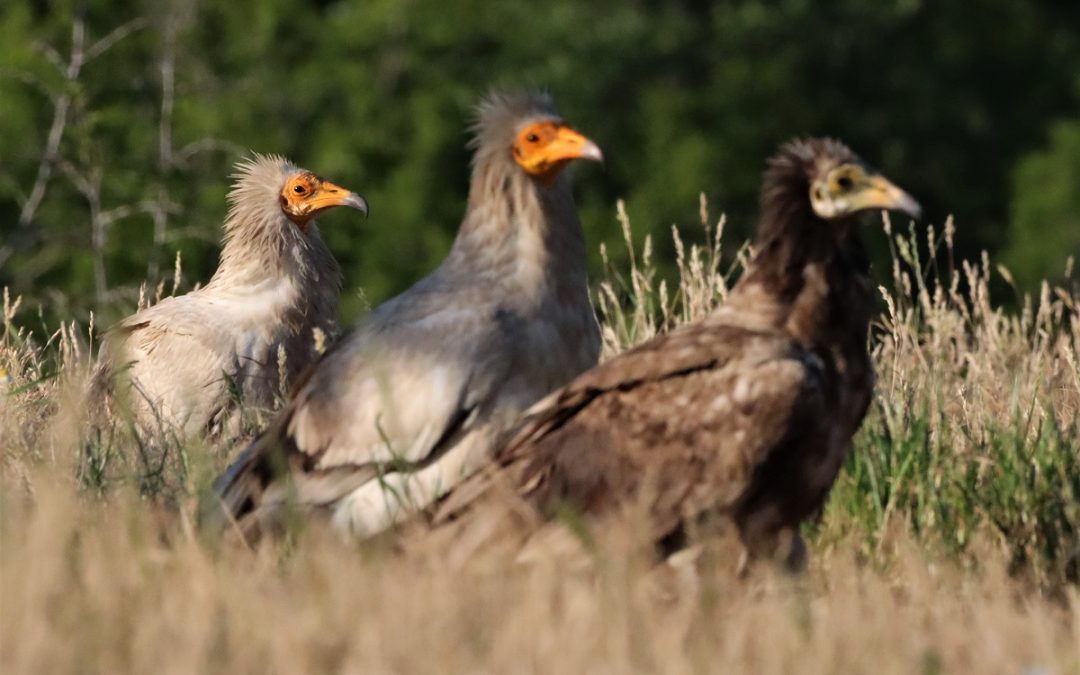 The field teams in Bulgaria, Greece, North Macedonia, and Albania counted in total 56 Egyptian Vultures of various ages. Over half (n=30) of all recorded individuals were non-adults. The highest numbers were recorded in the core of the Balkan population – Eastern Rhodopes (Bulgaria and Greece) where in total 43 Egyptian Vultures were observed. Six of these vultures were captive-bred individuals released in the area over the last 5 years as part of the Reinforcement program for the species.

Last year 38 Egyptian Vultures were recorded during the pre-migration count. The higher number recorded this year is due mainly to an increase in the number of immature and subadult individuals in the Eastern Rhodopes. Up to 30 premature Egyptian Vultures and local breeders visit daily the central feeding station in Bulgaria. 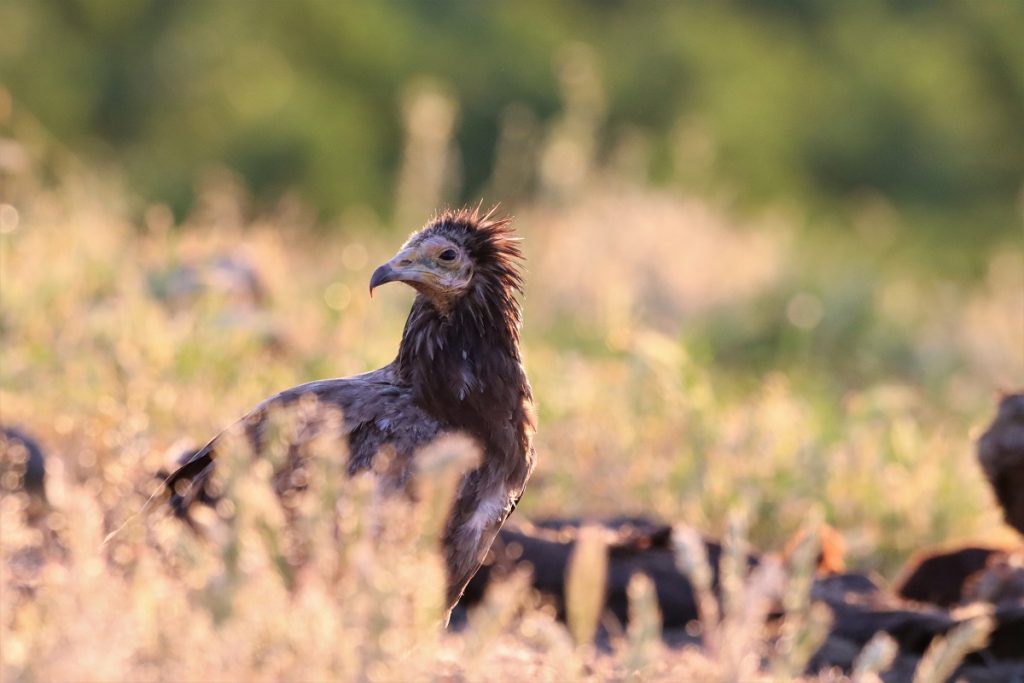 It is now time to say goodbye to our beloved Egyptian Vultures and wish them a safe journey to Africa. We hope to see them back home next spring!

The Egyptian Vulture tends to congregate at predictable food sources such as vulture restaurants and dumpsites. These places attract many non-breeding or immature individuals but also adults from the nearby breeding pairs and their offspring. Large pre-migration congregations were observed in the Balkans in the past when the species was numerous. However, following the decline of the population, many of the previously used congregation sites were abandoned. The record number established this year gives us hope that soon we will evidence the revival of the species in the Balkans.