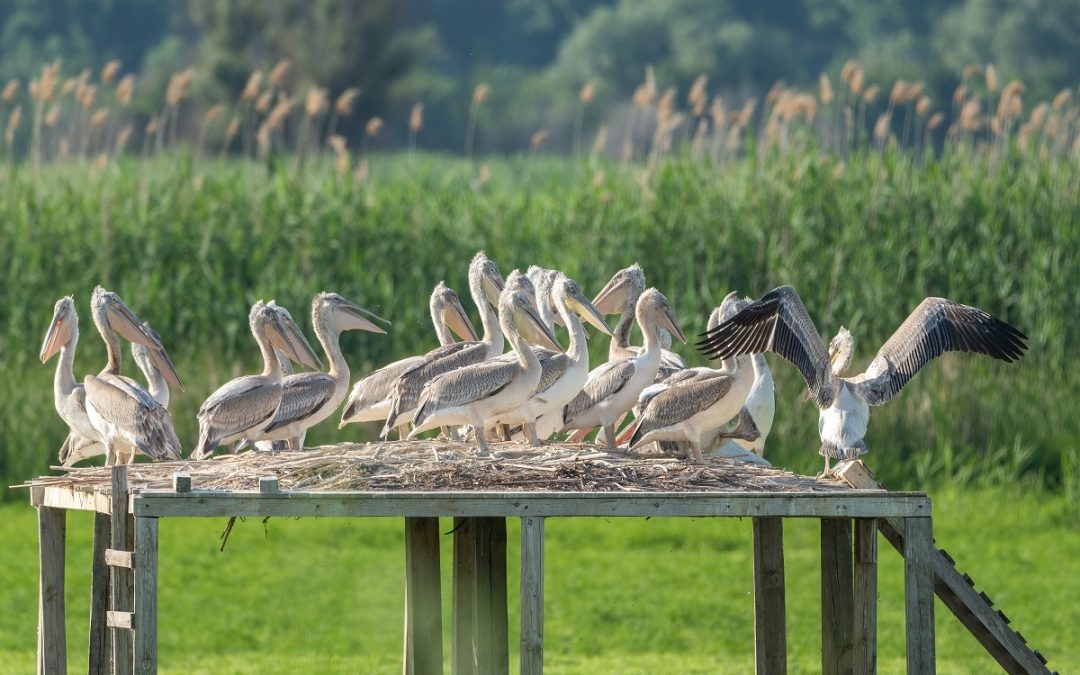 Unfortunately, 2022 turned out to be an unkind year for the Dalmatian pelican of the Balkan Peninsula. In the spring, more than 2,000 adults from breeding colonies in Greece and the Danube Delta in Romania died as a result of avian influenza (the so-called bird flu). This resulted in the population of the species in the area decreasing by nearly 40%!

The breeding season for the pelicans in Bulgaria turned out to be not so good. Due to the extremely low level of the Danube River, no water could enter the marshes of Persin Island and they remained dry during the breeding season. In February, 120 Dalmatian pelicans occupied the three wooden platforms in the Persian Marshes Conservation Reserve, however, after three nesting attempts, they finally abandoned the platforms at the end of April. 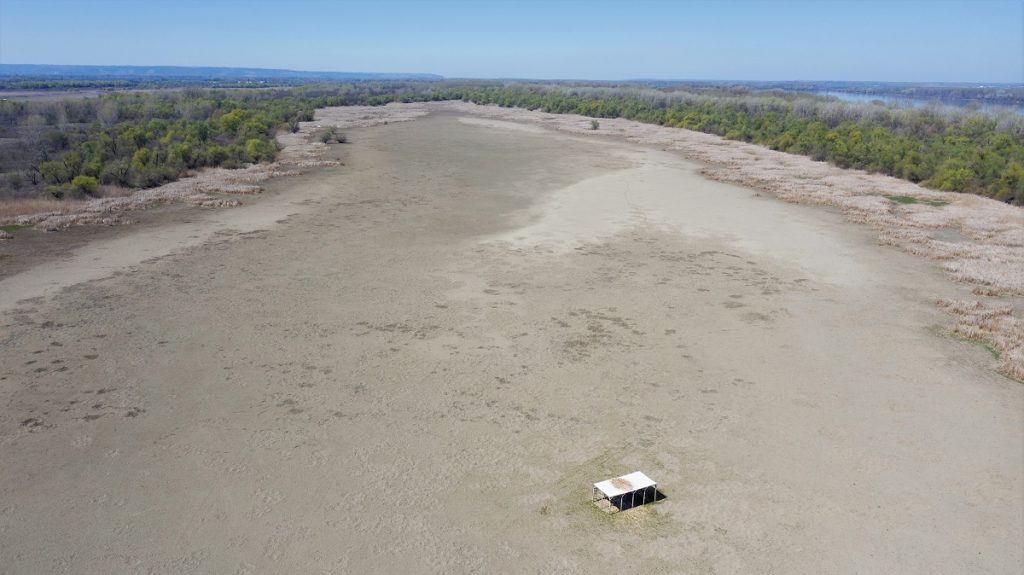 Thus, for the first time since a new nesting colony was formed in the Persina Nature Park in 2016, the species failed to raise young. The season for pelicans, as well as another waterfowl nesting in the marshes of Persin Island, is zero this year due to the lack of water level in Peschina swamp, Dead Marsh and Old Marsh. 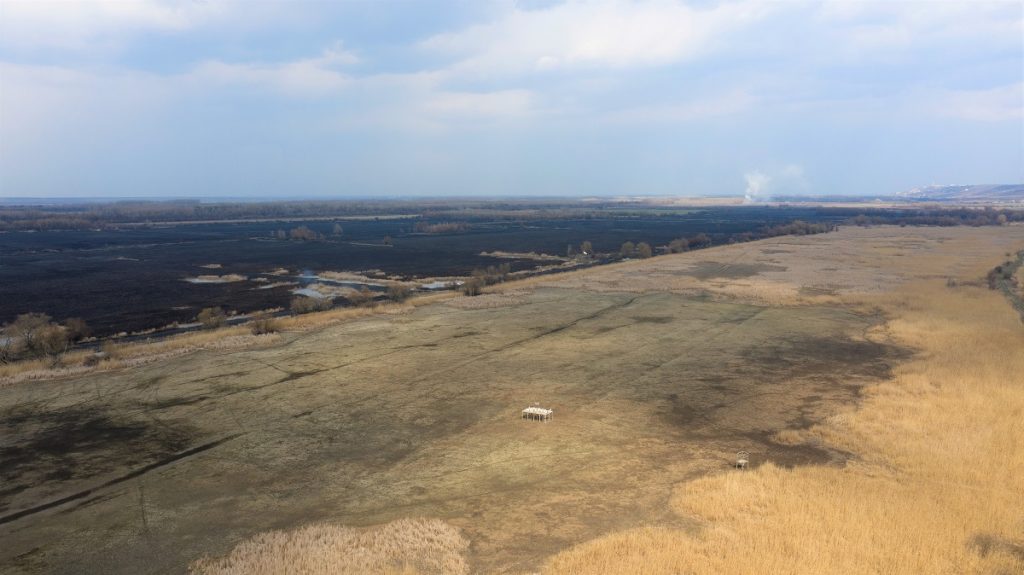 However, there is positive news. 2022 turned out to be a record year for nesting Dalmatian pelicans in the Kalimok-Brushlen Protected Area. In the current year, 30 pairs successfully raised 30 juveniles. The lack of water, as well as the fires that broke out, failed to drive away the birds. All the baby pelicans flew away in mid-June and are currently sticking to the sandbars along the Danube River in the area. We remind you that in April 2021, a new nesting colony of the species was formed in the protected area, when three pairs successfully raised four young. This is a spectacular conservation success and another successful step in the conservation of this majestic species.

In 2016, for the first time in 60 years, a new nesting colony of the Dalmatian pelican was formed in Bulgaria – in the Peschina swamp, and until then the only place where the species successfully bred in the country was Srebarna Lake. In 2020, the pelicans also successfully occupied the platform in Dead Swamp, again on Persin Island, and in 2021, a new nesting colony of the species was formed in the Kalimok-Brushlen Protected Area, making the number of nesting sites of this endangered species in the country three – Lake Srebarna, the swamps of Persin Island and the Kalimok-Brushlen Protected Area.

The conservation activities of the Dalmatian Pelican are carried out in the framework of the “Pelican Way of LIFE” project (LIFE18/NAT/NL/000716), funded by the LIFE Programme of the European Union and with the assistance of the Whitley Fund for Nature.