A record number of 41 pairs of Imperial eagles in Bulgaria 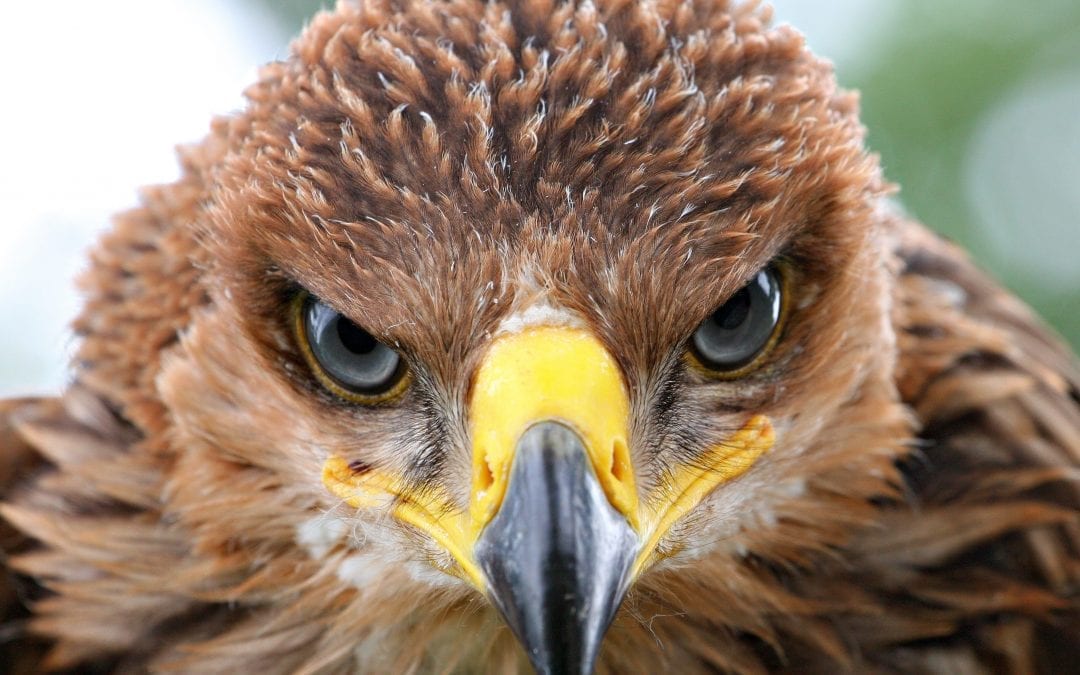 Three – that was the number of the known nests of globally endangered Imperial eagle in Bulgaria in the 1970s. Today they are the record number of 41!

Six newly found pairs of the species were added to the 35 known ones thus increasing their population in Bulgaria to the number of 41. That is a huge conservation success in the protection of the Imperial eagle with national and international importance and is a result of the years of hard work of a number of experts and organizations. 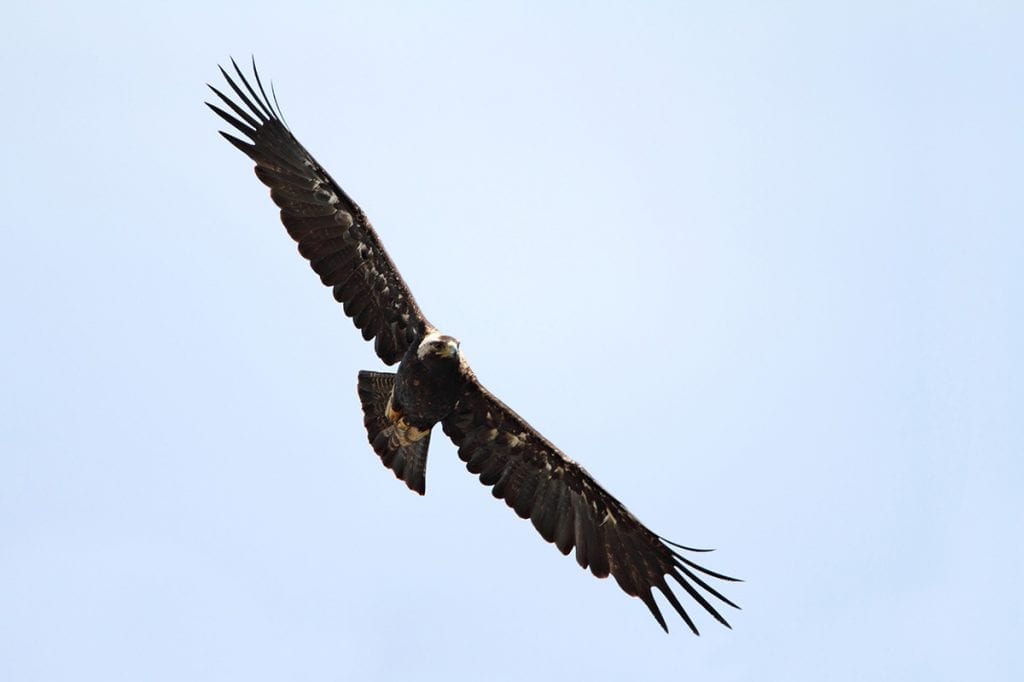 The main role in the discoveries of the new pairs of Imperial eagles in the last 20 years has the expert in the protection of birds of prey from BSPB Ph.D. Dimitar Demerdzhiev: “The reason for the positive trend in the population of the Imperial eagle in our country in recent years is a direct result of purposeful and long-term efforts by BSPB and other environmental organizations as well as the partnership of BSPB and the electricity distribution company Elektrorazpredelenie Yug EAD for the insulation of more than 3000 dangerous for the birds electric poles in key to the specific sites. Another highly successful conservation activity is the installation of artificial nests, which attract newly formed pairs in suitable and safe habitats. The data so far shows that one-third of the population of Imperial eagles in the country occupies artificial nests including two of the newly found pairs. Nest guarding minimizes the risk of disturbing and poaching during the incubation of the eggs and raising the young birds and is a key factor for the success of the population.” 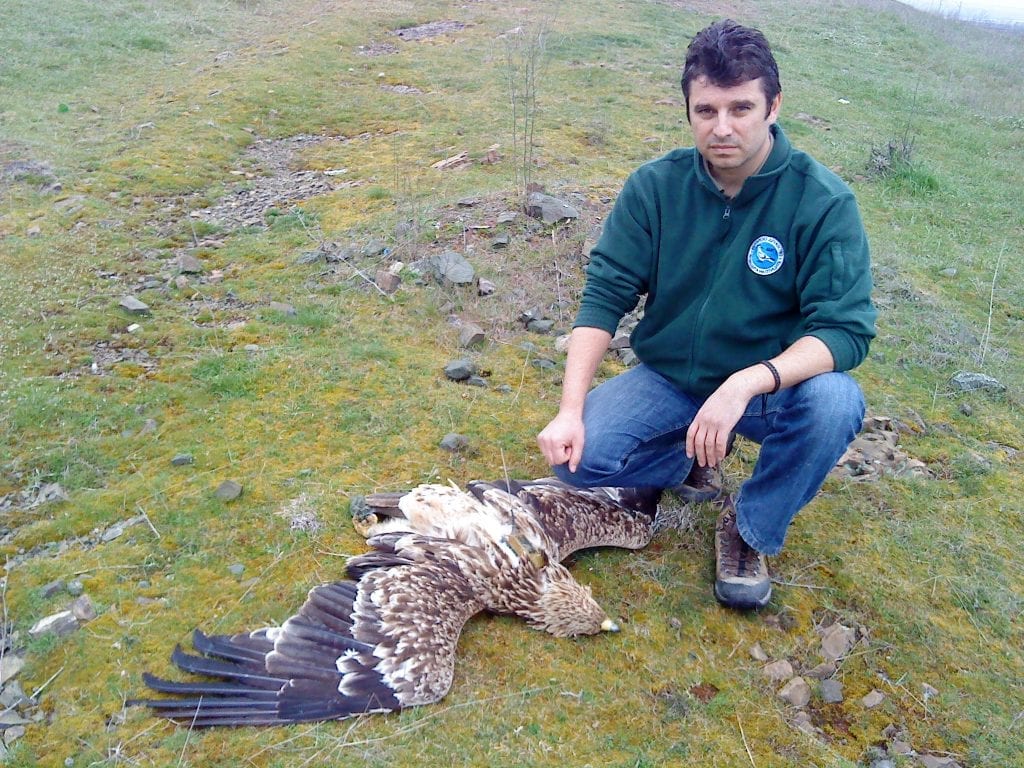 The first research of the species and activities of its conservation began in the mid-1970s and wеre initiated by the Bulgarian ornithologists associate professor Ph.D. Tseno Petrov but the intensive efforts and the main part of the activities are concentrated in the last 15 years with the implementation of large-scale projects of BSPB within the EU LIFE program in cooperation with other environmental organizations, the electricity distribution company, and local farmers. 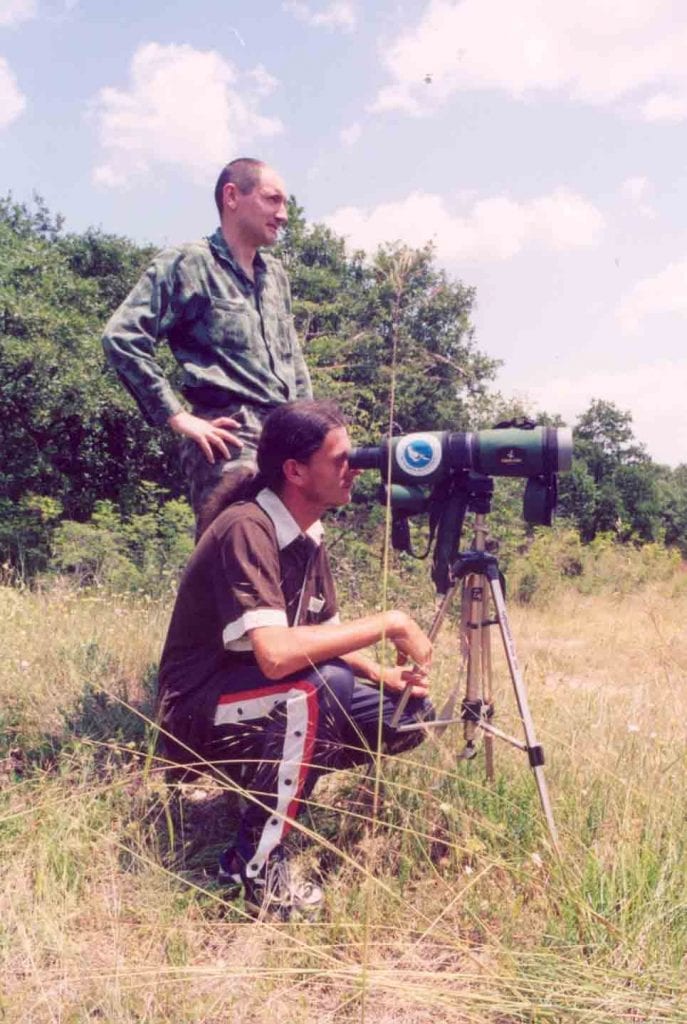 The data gathered by the BSPB programme for satellite tracking of young Imperial eagles showed that the most common cause for the death of the young individuals of the species is unsecured power lines – 67% of them die from electric shock. Therefore, since 2009 BSPB has been working actively with Elektrorazpredelenie Yug, part of EVN group to secure the most dangerous overhead power lines and to even replace them with underground cables near the eagles’ nests. Today, just three years after the completion of the work on securing 2,935 electric poles, replacing 42 km of bare overhead conductors with insulated ones and replacing 70 km of dangerous overhead lines with 43 km of underground cable, we can already notice a threefold increase in the number of breeding pairs in the areas where most of the insulated pillars are. 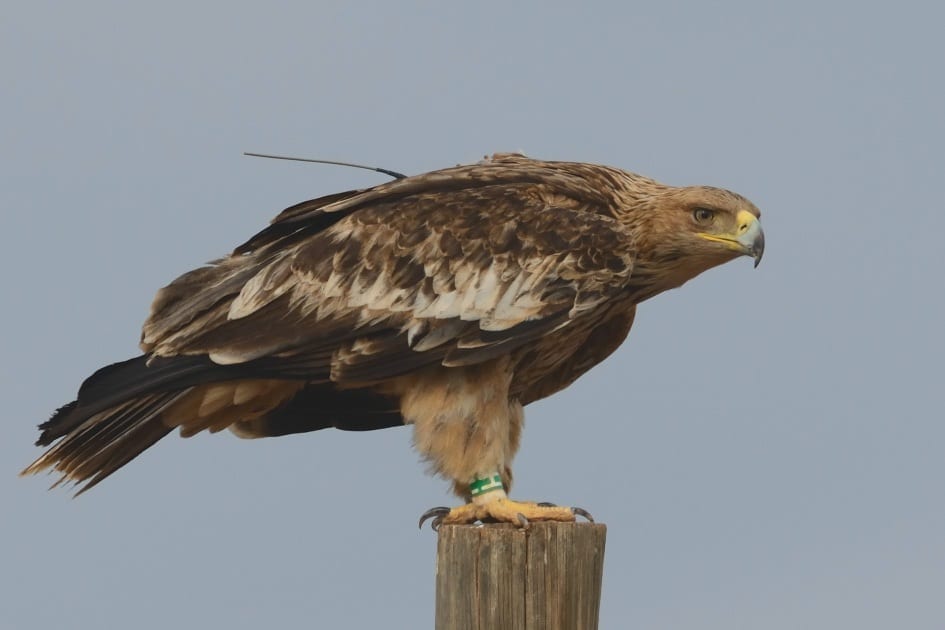 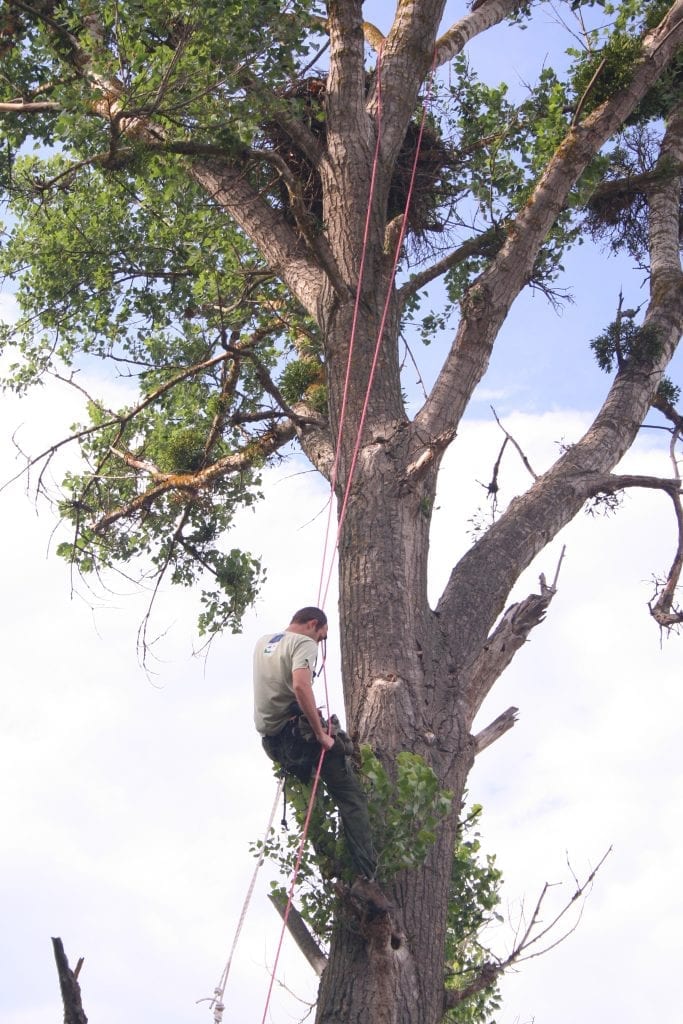 The loss and destruction of feeding and breeding sites – another main threat to the species – is particularly noticeable in Sakar where most of the Imperial eagles’ pairs in the country were concentrated until recently. For more than five years BSPB has been working in cooperation with local farmers from Sakar and Western Strandzha for restoration and improvement of the pastures which are the main feeding site for the eagles. In these two protected areas pastures has decreased by 20% and 24% respectively over the last 10 years. Within a BSPB project, 5 942 da of pastures were bought and restored and another 14 870 da were hired from municipalities and private individuals with the aim of restoring and maintaining them in eagles-friendly condition by local farmers. 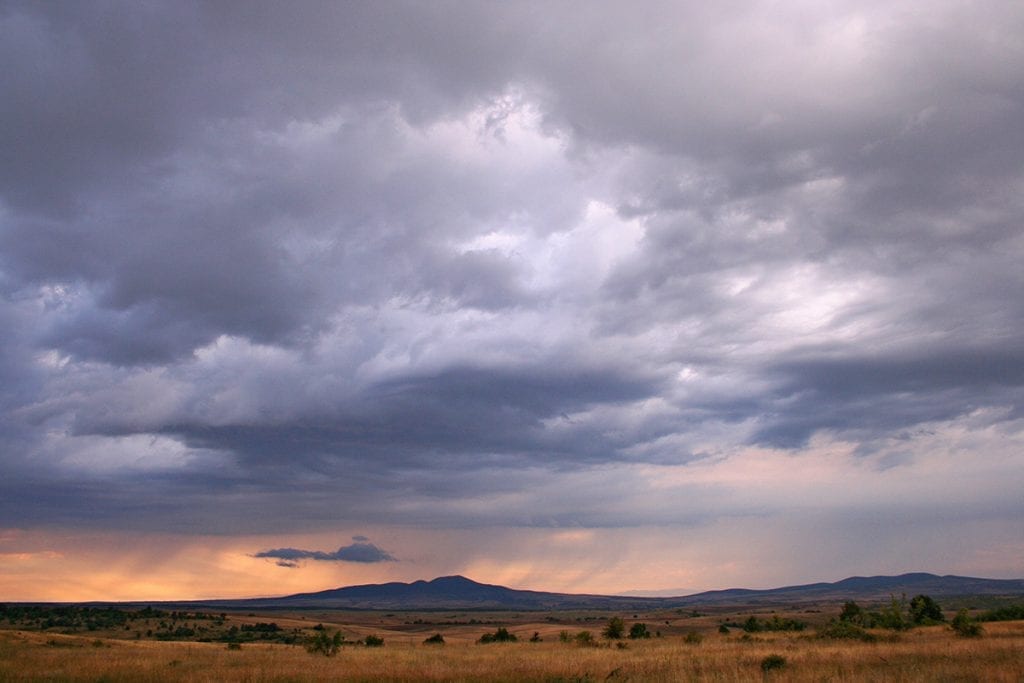 Despite the increase in the number of Imperial eagles in Bulgaria, their future is still uncertain. Unsustainable agricultural practices, the use of poison baits, and the presence of dangerous power lines in some regions continue to pose a threat to the species and therefore require persistent joint efforts to protect it.

A brief retrospection of the status of the Imperial eagle population over the years and of the conservation activities in Bulgaria:

1970s – the beginning of the study of the species by the Bulgarian ornithologists Assoc. prof. Ph.D. Tseno Petrov and associate professor Tanyo Michev, Only three nests situated in the mountains Sredna gora, Western Rhodopes, and Eastern Stara planina were known.

1990s – the population of the Imperial eagle was concentrated in Sakar mountain where 5 pairs were known, 2 pairs in Sredna gora and 1 pair in Derventski vazvisheniya.

After 2000 – the start of the systematic activities by BSPB and Green Balkans for population monitoring and conservation activities such as nest guarding and supplementary feeding the pairs.

2000 – 2009 – this period is characterized by a slow gradual increase in the population of the species in the country.

2010 – 2021 – large-scale projects have been implemented by BSPB and Green Balkans including innovative activities such as insulation of dangerous electric poles, construction of artificial nests, nest guarding, feeding bird pairs. The growth of the population of the Imperial Eagle has been maintained and by 2021 reaches a record number of 41 occupied territories.