The young Imperial Eagle Boris, who was tagged with a GPS transmitter by a BSPB team last summer, was photographed in the company of two other young eagles on the island of Crete. The exact location of the eagle is known, thanks to the GPS transmitter, which revealed exciting details of his life.

A few days ago, the young eagle was observed and photographed by photographer Fotis Samaritakis on the island of Crete. He was spotted in the company of two other Imperial Eagles of the same age. Data from Boris’s transmitter show that the bird reached Crete in November, and this observation proves that he has found a good company and suitable conditions for wintering. 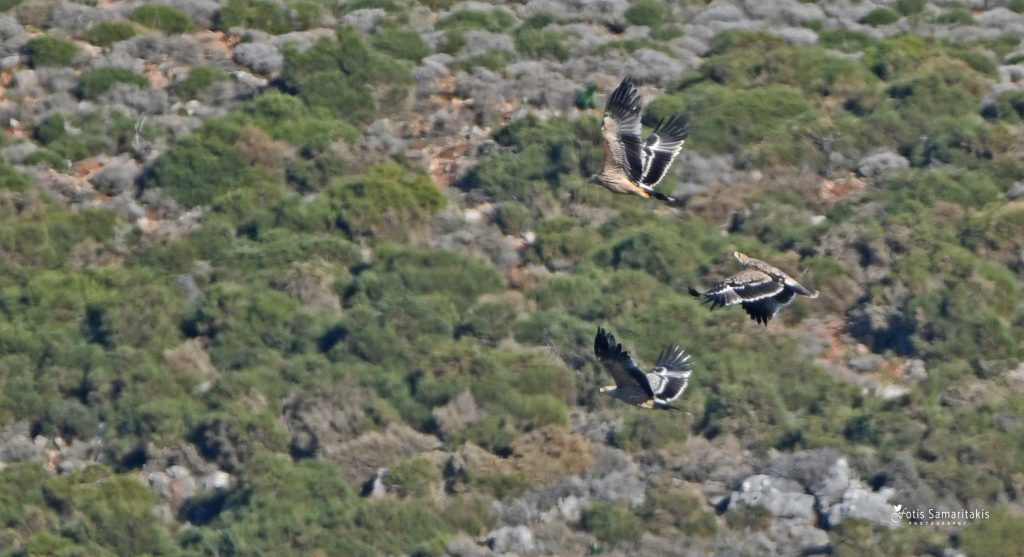 After leaving his native nest in the Tundzha Valley, Boris set out on a journey through unfamiliar lands to the south, flying over the Bosphorus and Istanbul in the company of thousands of other migratory birds. In just a few days, the young eagle crossed Turkey and reached the Adrasan Peninsula in the south of the country. This peninsula acts as a “trap” for some migratory bird species and especially for young and inexperienced eagles and vultures. There the land passes into an endless expanse of sea. To continue their migration by land, birds have to head northeast contrary to their instinct, which always points south. Boris spent four days wandering and searching for a safe way out, flying from one end of the peninsula to the other, and finally decided to head west, following the Mediterranean coast. His quest to avoid long flights over the high seas forced him to fly from island to island, reaching the southernmost land of the Balkan Peninsula, Crete. It was there that Boris decided to spend the winter, as do other species of eagles observed on the island during the winter months – Booted eagle, Steppe Eagle, Greater spotted eagle, and others.

Probably with the onset of spring Boris will take the road north to Bulgaria again, but which path he will choose …. remains to be seen. 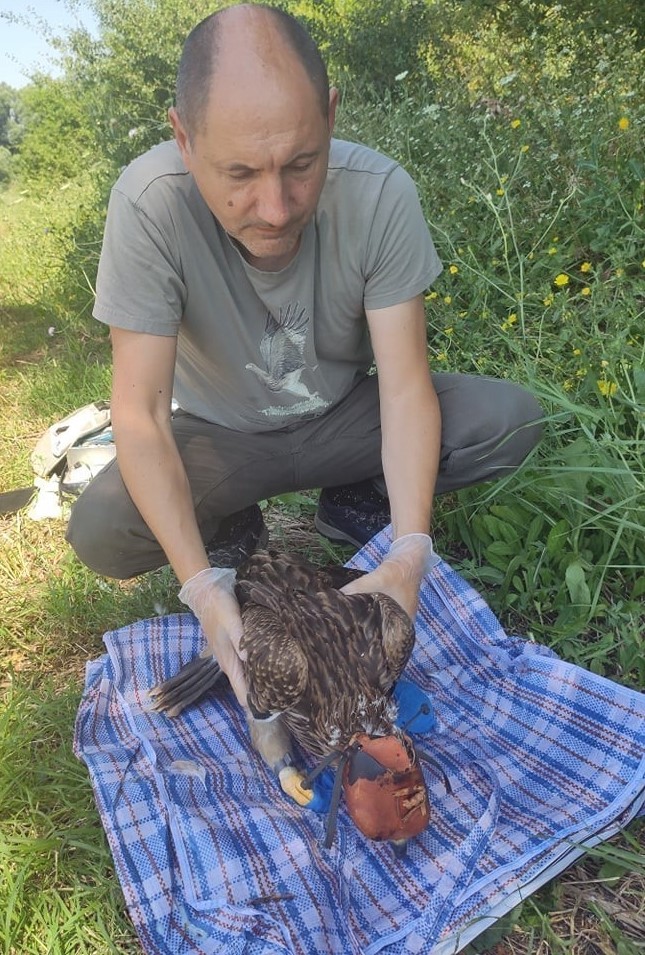