In September, the supplementary feeding of a pair of Imperial Eagles in Sakar continued 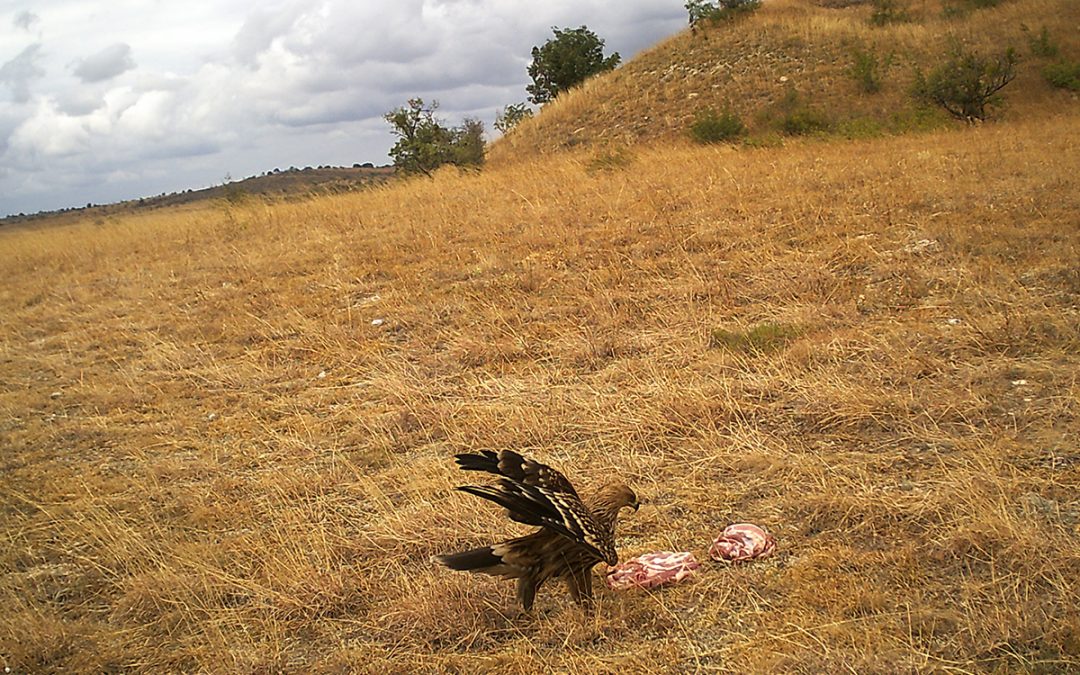 The supplementary feeding of one of the five pairs of Imperial Eagles in Sakar, which were fed from May to the end of August by BSPB collaborators within the project “Implementation of measures from the Action Plan for the Conservation of the Eastern Imperial Eagle (Aquila heliaca) in the Republic of Bulgaria” (BG16M1OP002-3.027-0005) continued in September.

The reason for this was the number of young in this pair – three! The young birds successfully left the nests. Both the adult Imperial Eagles and some of the young ones visited the feeding site and took advantage of the food provided. 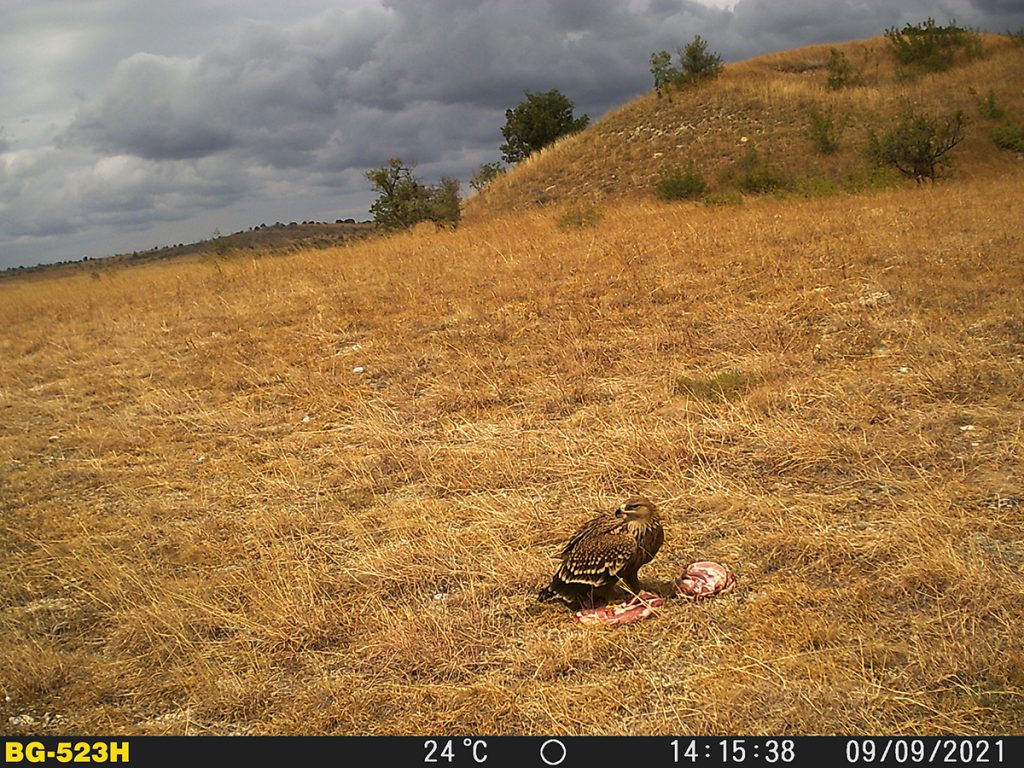 Supplementary feeding aims to increase the breeding success of pairs. In addition, it minimizes the risk of poisoning adult eagles visiting landfills or places where dead animals are dumped.

The supplementary feeding is carried out during the breeding season of the eagles – from the beginning of incubation to the moment of leaving the nest by young birds. Selected pairs are fed once every five days.

The project is funded by the Operational Programme “Environment”, under priority axis NATURA 2000 and biodiversity, procedure “Measures to improve the conservation status of birds – 2”, co-financed by the European Union through the European Structural and Investment funds.