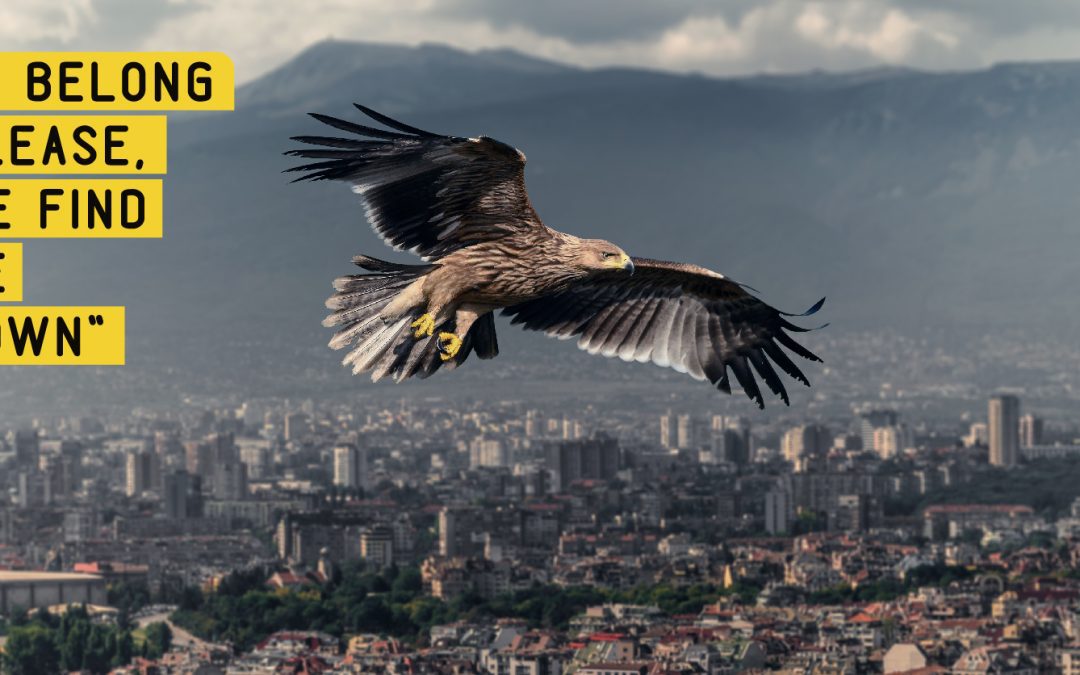 LAND FOR WINGS is our latest campaign. We launch it in the end of 2022 and it will continue throughout 2023.

The campaign’s main characters are three animals that live far from the bustle of the cities: the imperial eagle, the saker falcon and the European souslik. They are difficult to see in the wild too, even though thousands of them used to live in Bulgaria. The threat is very real – in the 20th century all three species were brought to the brink of extinction globally.

Thanks to our significant efforts to increase the population of the imperial eagle in Bulgaria over the last decade, presently about 37 breeding pairs live in the country. The breeding pairs of saker falcon, however, are still very few. And what would be the connection between these majestic birds and the souslik? Well, it is the preferred food for both the eagles as well as the falcons; and it is at the brink of extinction too.

What is the problem?

The problem of all three species is us, humans. Pasture lands are the preferred habitat for all three but they are in decrease – more and more are tilled and turned into arable land. This leads to the extinction of many souslik colonies, and then the raptors have to abandon the territories they occupied for centuries. However, besides being the problem, we can be the solution too.

How to solve it?

By providing more land for the eagles, falcons and sousliks. In Bulgaria, one of the most suitable regions for them is Sakar Mountain where most imperial eagles nest at present. Over the last few years the Bulgarian Society for the Protection of Birds was able to buy land in Sakar through donations and with European support and to stimulate extensive pasture animal breeding there; we also installed nests for the birds and put effort into populating abandoned souslik colonies.

Help us buy land under protection!

Our goal is to expand the realm of the imperial eagle, the saker falcon and the souslik in Sakar Mountain. If we raise 100 000 leva with your help, we will be able to provide another 10 hectares (24 acres) for this purpose. For each donated lev we can buy approximately one square metre of land under protection! 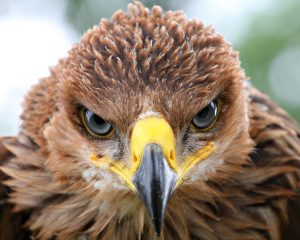 The imperial eagle was revered as a sacred bird by our ancestors but at present it is among the rarest birds in Bulgaria, and globally too. Bulgarians believed that it was able to chase the storms away and thus protect the crops, and that harming it brought bad luck.

The imperial eagle is a monogamous species. The pair usually raises 2 chicks every year. The parents build an impressive nest with a diameter of up to 2.2 m on high trees along rivers and near arable land. In October the young birds migrate to the Middle East, the Arabian Peninsula and North Africa and when they gain enough experience they return to Bulgaria to live here all year round.

At present imperial eagles are critically endangered in Bulgaria mostly due to the loss of habitats. 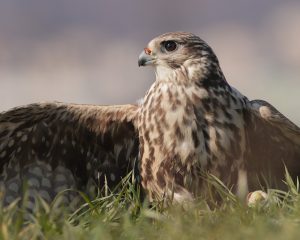 Bulgaria’s largest falcon is also its rarest. At present only two wild nesting pairs have been confirmed. The efforts to restore the population of a species that used to be quite numerous here have been going on for decades and are aimed at the provision of suitable habitats and food, as well as at the prevention of threatening human activities. Insulation of power network lines, action against the use of poisons and pesticides in the wild, and measures against poaching are some of the steps that will help for the return of the saker falcon in Bulgaria. In our efforts to raise the awareness about the species and its needs we are supported by two groups of people that we were in conflict with in the past: pigeon breeders and hunters. Today thanks to our knowledge about nature and its variety we know that each element has its place and it should be protected and preserved. 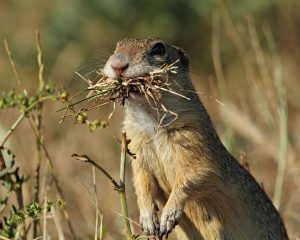 The European souslik has disappeared in many European countries and its current population in Europe is in decrease. It is still found in Bulgaria thanks to the great effort for its conservation but it is still under threat. The souslik plays an important role in the food chain for many species of rare and threatened species of mammals and birds. It lives in colonies of up to several hundred individuals and in winter it hibernates for about 6–7 months. Its colonies are often located on pasture land, and sometimes in fields of wheat too, due to the food abundancy there. This preference is among the chief factors for the species’ decreased numbers. On pastures, the low grass allows the souslik to see its potential enemies. In the last 15 years, however, the number of free-range grazing farm animals has decreased significantly and consequently the area occupied by pastures has been reduced too. Transformation into arable land and intensive farming also destroy suitable habitats where the sousliks can establish their colonies.

Help us expand the realm of these valuable species so that we can preserve them in the wild in Bulgaria!

Support us with a donation

or donate online at
platformata.bg